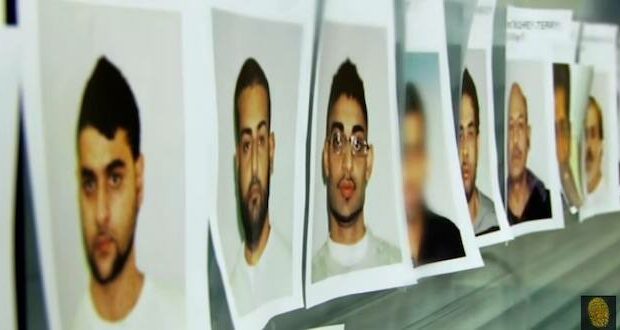 Suspects in a a rash of gang rapes in Europe are all migrant men.

Women across Europe are at risk from migrant Muslim men as sex crimes skyrocket across the continent.

“They are gangs of men who groom young teenage girls and abuse them for sex and end up, in some cases, imprisoning them and passing them around to lots of other guys, lots of other people and even selling them for sex. and these girls get abused for many years,” said Tim Dieppe of the United Kingdom’s Christian Concern.

The problem not only continues but is getting worse. Last December, British authorities charged 32 men in a grooming gang with 200 sexual exploitation offenses against eight girls, some as young as 13.

“Arrests and prosecutions have happened around 40 different cities across the country,” Dieppe said. “In one or two cities, we know there are at least a thousand victims, so that’s many thousands of victims and many of these victims have been raped and abused by more than one abuser. So the scale of the problem is massive.”

Most attacks are by Muslim men.

“The sexual violence is increasing because of the number of immigrant men from Muslim-majority countries who are responsible for most of these, not all of them, but for most of these acts,” said Ayaan Hirsi Ali, a human rights activist and author. “I’ve spoken to women who say they are too scared to get out of their homes to take their children to the daycare center, to walk in parks, to walk on the sidewalk.”

She documents how a surge of migrants coming to Europe from Muslim-majority countries has led to a spike in rapes, sexual harassment cases and other violence against native, white women. “There are groups of men, most of them immigrant, trying to touch them, trying to grope them; sometimes these men act in groups and they start hunting, treating the women like prey and start assaulting them,” Ali said.

She is a Christian and said her faith is what keeps her grounded and strong. “My very strong belief is love your enemy and bless those who curse you and do good to those spitefully use you, that is what I fall back on again and again.”

Previous: Court: Biden mandate “likely exceeds the federal government’s authority”
Next: How to get cheap (or free) health insurance if you retire early