Home / News / National / Ready for mail-in ballots? Neither are most states 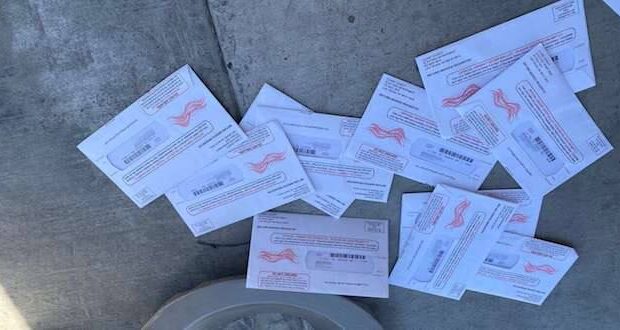 Ballots laying on the sidewalk outside an apartment complex in Las Vegas ahead of Nevada's June primary. (Photo Courtesy of Jim M.)

The road to the November 2020 presidential election is already fraught with unprecedented crises and uncertainty. Now comes expanded mail-in voting.

The COVID-19 pandemic has uprooted daily life and changed cultural norms, a reality that will remain for some time. A prevailing concern is that some in vulnerable populations will view the virus as too much of a risk, making them fearful of voting at polling stations.

These concerns have ushered in the debate over vote-by-mail. With some states preparing to institute full vote-by-mail systems, now is the time to identify the flaws that could make or break such systems come November. 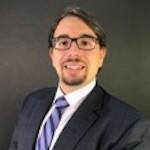 COVID-19 is a legitimate concern. The appeal of vote-by-mail is understandable these days as it provides a way to practice civic duty while minimizing the risk of infection.

In fact, according to an NBC News/Wall Street Journal poll, almost 68 percent of American voters favor non-permanent changes to current voting rules to allow for a state-level option of vote by mail.

But the mail-in voting system, like any other, has flaws, and fears of COVID-19 have only exacerbated the potential negatives. Potential issues include a lack of staffing for vote-by-mail systems, a lack of proper training for testing the new system, and problems with the overall delivery of absentee ballots.

Although there is no such thing as a perfect electoral system, ignoring the myriad problems with past vote-by-mail elections would be foolish.

A common problem within multiple state primary elections this year has been a lack of staff or locations to thoroughly process votes, both in-person and via vote-by-mail. Due to the risk of COVID-19, many staffers who would ordinarily man polling stations or count absentee ballot requests opt out due to fears of infection.

For example, during Wisconsin’s primary on April 7, the city of Green Bay had only 17 poll workers out of a roster of 270 potential workers.

Staffing shortages in clerk offices and local services that delivered or collected ballots led to counting errors in absentee ballots.

Then there’s the problem with the postal system and municipal clerk offices finding and creating errors in the delivery of ballots. As a result, multiple local elections have seen absentee ballots continuously misplaced or falling prey to intentional fraud.

On May 26, a postal carrier in West Virginia was caught altering several mailed-in absentee ballots by switching the party affiliation of said ballots. The ballots had been mailed in the previous month, but the postal carrier switched about five of the ballots’ affiliations from Democrat to Republican. When asked about the incident, he said he did it “as a joke.”

In addition, during the week of May 21, 20 ballots from the state of South Carolina were sent to Maryland instead. Even back in Wisconsin, in an incident on April 8, three large tubs with multiple ballots from the cities of Oshkosh and Appleton were found unprocessed.

These local errors might seem small, but without amending the process, the number and severity of errors will likely expand drastically in November.

New technology doesn’t seem to be helping much. This year alone, elections have shown that several state systems have been riddled with mechanical and software errors. These issues combined have led to long lines, miscounted votes, and mistake-filled results in several states.

One example is the Dominion Voting Systems in Georgia, which has been a presence since it provided $107 million in voting machines for the state last year. During Georgia’s elections on June 4, those voting in person witnessed machine malfunctions and misread ballots, leading to long wait times of up to five hours in several counties.

Once again, the fear of COVID-19 is completely understandable and reasonable, as is a discussion of alternative voting measures. State and local governments should implement measures to enable people to perform their democratic duties without endangering their safety.

However, as we get closer to November, the absentee ballot systems desperately need improvement on every level to ensure accuracy and legitimacy. State elections earlier this year have already demonstrated that without proper change, the 2020 November elections will have significant accuracy problems.

With the next election shaping up to be one of the most consequential of our lifetimes, every vote counts and we must therefore make sure every vote is properly counted.

This article first appeared in InsideSources on July 17, 2020. Reprinted with permission.

Previous: NBC’s new streaming service Peacock is worth watching – and it’s free
Next: Polls: most parents want to reopen schools this fall