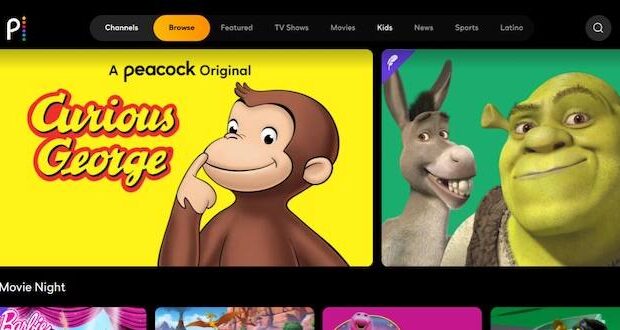 America’s one millionth streaming service launched in July, but this one has a unique element that makes it stand out from the rest: It’s free. Sort of.

Of course, NBC’s new Peacock TV streaming platform (at PeacockTV.com) really isn’t the nation’s one millionth service, but it sure seems that way with multiple companies — Apple (Apple TV), Disney (Disney Plus) and MGM (Epix), among them — launching platforms just within the last year.

Peacock, though, stands out from the rest thanks to an ad-supported free tier and a not-too-expensive premium tier that costs $4.99 a month. (NBC offers a seven-day free trial, too.)

I spent a couple hours perusing the platform and was impressed with what I found.

Let’s start with the free stuff.

If you enjoy watching old-time television, then try Johnny Carson, Unsolved Mysteries, Leave it to Beaver, Murder She Wrote or Columbo.

For fans of classic Hitchcock films, there’s Rear Window, Vertigo and The Birds.

If reality programming contests are your thing, then try America’s Got Talent and American Ninja Warrior.

The free side also has documentaries (1968 and I Am Ali), popular movies (the first Jurassic Park trilogy and The Sting) and sports (documentaries and current-day sports news).

The pay side has several titles worth a look, including Everybody Loves Raymond and Law and Order.

Peacock is a platform that has something for every member of the family.

Unfortunately, it’s not yet available on Roku or Amazon Fire. For now, the best option is to hook a laptop up to a television, or just stick with tablets and smartphones.

‘The Red Sea Miracle II’ (various platforms — all ages) — It’s the latest “Patterns of Evidence” documentary from filmmaker and adventurer Tim Mahoney. In Red Sea Miracle II, he explores various theories for the Hebrews’ crossing of the Red Sea. (Don’t worry: He always sides with Scripture.) It’s an excellent movie that builds your faith while giving you a crash course on archaeology, biblical studies and theology. Visit PatternsofEvidence.com to learn how to watch it.

‘Anne Frank: Parallel Stories’ (Netflix — teens and adults) — This excellent documentary entered the Netflix platform in July and tells the story of the holocaust through the eyes of Anne Frank and five survivors. Frank, who died in 1945, penned diary entries that were later published. All five survivors are interviewed; one saw Frank in a camp. Rated TV-14, it includes holocaust images and one coarse word.

‘Greyhound’ (Apple TV — teens and adults) — It’s one of the most faith-centric mainstream movies ever made. Greyhound follows the story of Captain Ernest Krause (Tom Hanks) and the sailors of the warship Keeling as they hunt for German submarines during World War II. Krause’s strong Christian faith is a major theme. Alas, the film has one f-bomb (timestamp is 21:46 if you need to skip it), but only 3-4 other coarse words and no misuses of God’s name. That’s minimal for a PG-13 war film. It also doesn’t include any gore or excessive violence.

‘Xavier Riddle and the Secret Museum’ (PBS — all ages) — Launched by PBS in 2019, this children’s animated series follows three kids (Xavier, Yadina and Brad) as they travel back in time to meet well-known people of history (the Wright Brothers and Abigail Adams, among them). Parents, though, may want to monitor the content. (I have found only one episode — about anthropologist Mary Leakey — I didn’t like.) TV-G.

–Michael Foust has covered the intersection of faith and entertainment for more than 15 years. He is the husband to Julie and the father of four small children.

Previous: Nike, among global brands relying on religious minorities as slave labor
Next: Ready for mail-in ballots? Neither are most states