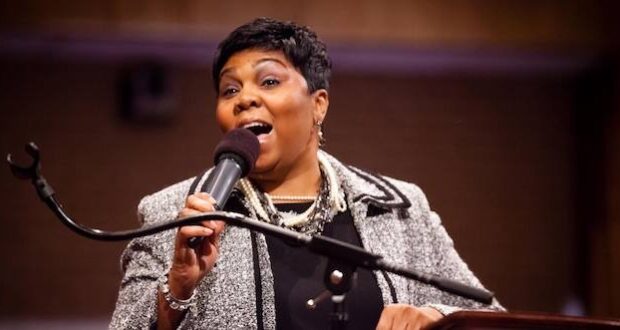 African Americans are the most religious ethnic group in the country, with nearly half attending religious services at least once a week. Black churches also have a disproportionately higher death rate from COVID-19.

In Missouri, only 12 percent of the population is black, but they account for 37 percent of COVID-19 deaths to date. These numbers present a challenges as predominantly black churches prepare to reopen, according to a Yahoo News story.

When Traci Blackmon, the senior pastor for a predominantly black church in suburban St. Louis, is finally able to open the doors for services again, one of her main concerns is the collective sorrow her congregation will experience. Five members of her 180-mmember congregation have gotten sick from the coronavirus and two have died. Two others have died during lockdown from other causes.

But because the doors of Christ the King United Church of Christ have been closed since the end of March to help stop the spread of the virus, members of the church have not been able to be together and console each other “It’s almost like a suspended grief,” Blackmon said “It’s like when a storm cloud is hanging over and you know that it is going to rain, but it hasn’t fully rained yet.”

Protestant churches with predominantly African American congregations have played a crucial role in U.S. history, forging historically black colleges and universities such as Morehouse College in Georgia, fueling the Civil Rights Movement and serving as campaign stop mainstays for political candidates interested in appealing to black voters. Many of these churches now are bracing to play a prominent role as the United States grieves for its coronavirus dead.

Though Missouri allowed churches to reopen on May 4, Christ the King United Church of Christ remains closed. Blackmon said she remains cautious until she sees progress in a number of factors, including testing. Blackmon had initially planned to hold an Easter service when people were able to safely sit in the pews again, no matter the date.

But she worries now that the celebratory holiday would ring false for people grappling with all that had been lost from the pandemic. Instead, she is considering devoting the first service to Good Friday, the Christian holiday commemorating the death of Jesus.