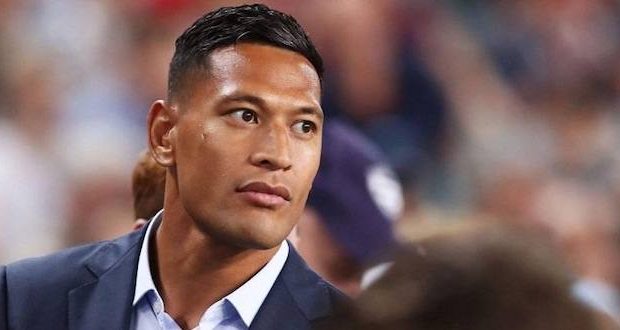 Israel Folau, the Australian national rugby player who was suspended for posting a Bible verse calling people to “repent,” has been found guilty of a “high-level breach” of professional conduct.

Folau’s Rugby Australia contract was terminated in April, but he requested a hearing in light of the disciplinary action.

A three-person panel will not decide what punishment Israel is to face, according to the BBC. The stripping away of his right to play the game comes at a terrible time for the world-famous center, who was hoping to play for his country in the 2019 Rugby World Cup, due to take place later this year.

The post, which is still live on Folau’s page, declares “WARNING,” before listing a number of sins which must be repented of, pending eternal judgment.

The actual post, which has been liked over 55,000 times, can be seen below:

“We champion inclusivity and diversity,” the company wrote in a statement. “While Israel Folau is entitled to his personal views, some of those expressed in recent social media posts are not aligned with those of Asics. As such, our partnership with Israel has become untenable and he will no longer represent Asics as a brand ambassador.”

Former Australia coach Alan Jones launched into an impassioned defense of Folau following news of the verdict, noting that the decision “prompts you to wonder what kind of society we’re living in.”

“The Australian people won’t accept this,” he added, according to MSN. “This is not the Australia our veterans fought for and we’re going to have to take our country back by argument and by the democratic and peaceful process — not by hate and revenge or vilification and intimidation.”

The former coach and broadcaster did note, however, that Folau appears to be in good form following the brutal decision.

Previous: The cure for our culture of contempt: Love your enemies
Next: Basic services denied to Indian moms who refuse Hinduism