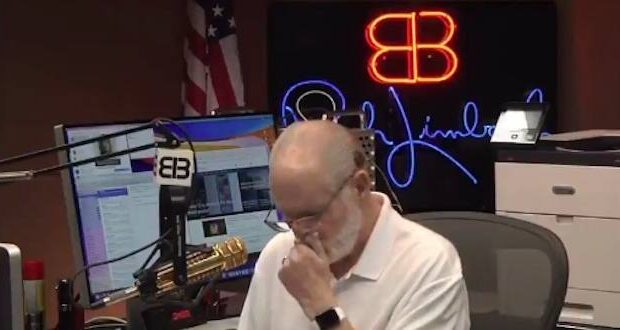 Talk radio icon Rush Limbaugh gave listeners an update on his cancer Monday saying he was under a “death sentence” but also talked about his personal faith in Jesus Christ.

Limbaugh explained that recent medical scans showed “some progression” of the disease and explained his treatment regimen.

“The scans did show some progression of cancer,” Limbaugh told his listeners. “Now, prior to that, the scans had shown that we had rendered the cancer dormant. That’s my phrase for it. We had stopped the growth. It had been reduced, and it had become manageable,” he said.

“But there’s always the reality and the knowledge that that can change and it can come back because it is cancer. It eventually outsmarts pretty much everything you throw at it.”

He shared in February he has been diagnosed with stage 4 lung cancer. At the time, Limbaugh said he had “zero symptoms.”

The 69-year-old shared with his 80 million listeners details about his personal faith in Jesus as well.

Here is some of @rushlimbaugh today, discussing his update on his cancer status. Very thoughtful, very brave. All prayers up for him and his family as well as everyone going through this, as he himself talks about. pic.twitter.com/jZM5VOr6DI

“I have a personal relationship with Jesus Christ,” he said. “It is of immense value, strength, confidence. That’s why I’m able to remain fully committed to the idea that what is supposed to happen will happen when it’s meant to.”

Limbaugh also thanked those who have extended their prayers and well wishes, calling their support “a series of blessings.”

“We all know that we’re going to die at some point, but when you have a terminal disease diagnosis that has a time frame to it, then that puts a different psychological and even physical awareness to it,” he said.

And despite the physical toll caused by his disease, Limbaugh said he’s grateful to still be able to continue his work.

“I feel very blessed to be here speaking with you today. Some days are harder than others. I do get fatigued now. I do get very, very tired now. I’m not gonna mislead you about that,” said Limbaugh.

“But I am extremely grateful to be able to come here to the studio and to maintain as much normalcy as possible — and it’s still true.” he said.

Limbaugh, has talked more about his faith this year as callers have expressed their heartfelt efforts to pray for him.

Previous: Is Barbara Bollier a real doctor?
Next: Study: Third of Covid-19 deaths cannot be attributed to the disease