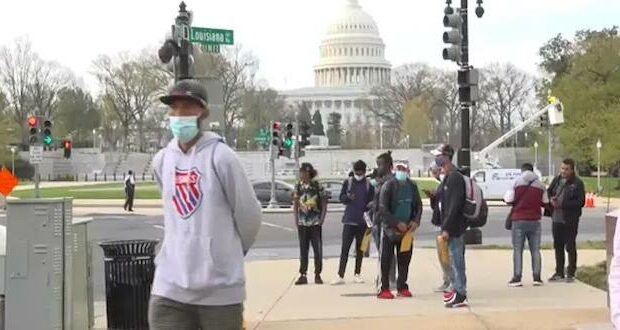 As over one million illegal aliens have been released into the nation, the Democrat mayor of Washington, D.C. has a “not in my backyard” policy.  But Mayor Muriel Bowser’s issue isn’t with the Biden administration, the

Democrat mayor is furious with Republican border states who are busing illegal immigrants to her self-proclaimed “sanctuary city.”

Texas and Arizona authorities have for months been offering free rides to illegal aliens who have claimed asylum, citing a lack of resources in dealing with the immigrants and the hope that sending them to Washington will help convince President Joe Biden to increase immigration enforcement amid a record number of arrests at the border.

Her comments put the Biden administration and open border politicians in an awkward position.

“This is a very significant issue. We have, for sure, called on the federal government to work across state lines to prevent people from really being tricked into getting on buses. We think they’re largely asylum seekers who are going to final destinations that are not Washington, D.C.,” Bowser said on CBS’ “Face the Nation” on July 17.

“I worked with the White House to make sure that FEMA provided a grant to a local organization that is providing services to folks. But I fear that they’re being tricked into nationwide bus trips when their final destinations are places all over the United States of America,” she added.

To date, thousands of illegal aliens havesssd been sent to Washington from the two states this year, beginning in April. Getting on the buses is a choice, according to officials in the states. But some of the immigrants complained to WUSA-TV that promises from officials before getting on the buses were not fulfilled.

Federal authorities have said that states are not “adequately coordinating” with them or local authorities. They also said that most immigrants who aren’t expelled via Title 42, a pandemic-era order, are released into the U.S. interior with notices to appear in court.