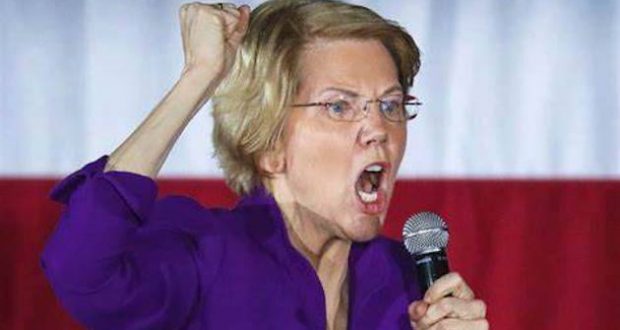 Sen. Elizabeth Warren (D-Mass.) has admitted she would punish America’s strongest ally in the Middle East. The presidential candidate said she would withhold aid from Israel over its support of Jewish communities in the historic Judea and Samaria areas commonly referred to as the “West Bank.”

Her comments were published in The Hill Oct. 20 after she answered a question about her stance on American aid and Israel’s West Bank “settlements.”

The “West Bank,” which is currently primarily under the control of the Palestinian Authority – the political entity that formed from the PLO terrorist organization – is land that was historically part of ancient Israel and was divided by the British when Jordan was artificially carved out of the Middle East. The term “West Bank” refers to the land that was west of the Jordan River in an area that has always been part of historic Israel. The area came back under Israeli control after the Arab invasion in the 1967 war with Jordan, Syria, Iraq, Lebanon and Egypt. Israel defeated all of those nations and took control of the West Bank, giving political control to Arabs through several peace treaties.

When pressed for further clarification, Warren again cut the reporter off, stating that “everything is on the table.”

Warren’s response came after two Democratic presidential contenders, South Bend Mayor Pete Buttigieg and Sen. Bernie Sanders (I-Vt.), openly proposed withholding American dollars in aid to Israel until the country is willing to change some of its policies. Buttigieg promised in June that if he was elected president, he would make sure no taxpayers’ money would be used by Netanyahu in annexing the West Bank.

None of the candidates have suggested withholding aid from the Palestinian Authority, which continues to deny Israel’s right to exist and promotes terrorism against Jews in school textbooks.

Sanders said in New Hampshire this August that the U.S. government could leverage “a whole lot of money to Israel” to “end some of the racism” that has recently taken place in the country. He did not clarify how much money he expected to leverage and what specific policies he wanted to change.

While Israel is the largest cumulative recipient of U.S. foreign assistance since World War II, according to a Congressional Research Service report (pdf), much of the money returns to the U.S. in the form of military purchases and new technology that is given to the Pentagon after having been developed in Israel.

For the financial year 2018, Israel received $3.1 billion via the Foreign Military Financing program, which distributes funds to U.S. allies for American military equipment and services. For comparison, Americans spend more than $1 billion on beer just during the 4th of July weekend.

Earlier this year, the Trump administration formally recognized Israel’s sovereignty over the Golan Heights, which Israel won after Syria attacked Israel in the 6-Day War. The Golan was the location of the Israelite tribe of Dan in the Bible.