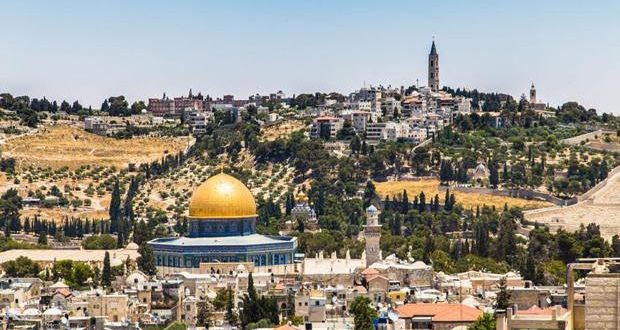 US to unveil major peace plan after Israeli elections

The Trump administration has announced that the Israeli-Palestinian peace plan will be released after Israeli elections on Sept. 17.

Trump stated that there have been “decades of hate” between Israelis and Palestinians and “it is tough to make a deal when there is so much hate.” The Palestinian Authority has refused to acknowledge Israel’s existence and textbooks in Palestinian-controlled public schools promote the murder of Jews.

Trump’s son-in-law and senior advisor Jared Kushner presented the first part of the agreement, a $50 billion economic plan for the Palestinians at a Bahrain conference in June.

The Palestinians preemptively rejected the deal, arguing that the administration is trying to bribe them into a peace deal with Israelis instead of addressing their grievances. Unofficial polling in Samaria and Judea, historic Jewish homeland which the media now calls the West Bank, have found Palestinians favoring the peace deal if it will lift them from the poverty imposed by their Palestinian leaders.

The Palestinian Authority also refuses to negotiate with the Trump administration after he recognized Jerusalem as Israel’s capital and moved the US embassy from Tel Aviv to Jerusalem.

However, Trump said on Sunday he may be able to entice Palestinian leaders to the negotiating table with financial assistance.

“We were paying $500,000 million a year. Now we are paying nothing, but I think we are going to get further because I could see opening that up again,” Trump said.

Israeli Prime Minister Benjamin Netanyahu said he is willing to see the content of the Trump administration’s peace plan but will not jeopardize Israel’s security.

Israel has been improving relations with Gulf states who are weary of Palestinian protests and terrorism and the PA refusal to take part in a possible peace deal.

Previous: Shelter pup lands starring role in Lady and the Tramp remake
Next: US to cut foreign aid to wasteful or unlawful programs