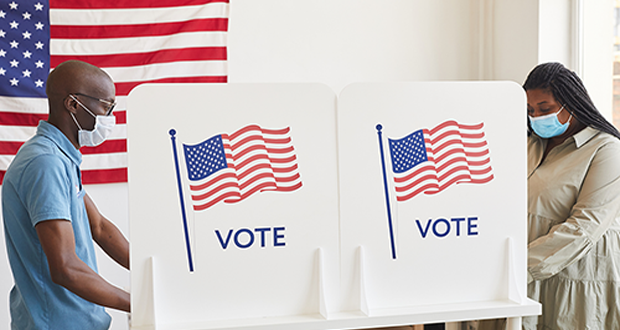 Shift away from Democrats by black voters could affect Senate races

Support for Democrats among black voters is dropping, according to a new CNN poll, and it could affect this year’s elections.

Meanwhile, black support for Republicans has risen from 9 percent in 2018 and 2020 to 12 percent now. Among black adults, President Joe Biden’s approval rating was soaring at 87 percent between January and June 2021, but now it has plunged to 64 percent “That’s a huge drop,” CNN’s Brianna Keilar said.

The decline could affect Senate races in the battleground states of Georgia, North Carolina, Pennsylvania and Nevada, Enten said. The burgeoning black vote favored Democrats in Georgia in 2020.

“Most suburbs in Atlanta have shifted toward Democrats by 31 points or so in 20 years and have gained, on average, more than 315,000 voting-age black Americans, far outpacing the growth of the white voting-age population by 200,000,” the political website FiveThirtyEight reported.

But the tight race between incumbent Democratic Sen. Raphael Warnock and GOP challenger Herschel Walker could hinge on the large black vote in the state. In Nevada, the closely contested race between incumbent Democratic Sen. Catherine Cortez Masto and GOP challenger Adam Laxalt could be swayed by a small difference in the black vote, especially with many voters concerned about high inflation.

In Pennsylvania, the tight race between GOP candidate Dr. Mehmet Oz and Democrat John Fetterman also could be profoundly affected by the black vote. In 2010, when he was mayor of Braddock, Pa., Fetterman reportedly vandalized a sign of a local business. Additionally he had another incident on his record that could cause anger among black voters: