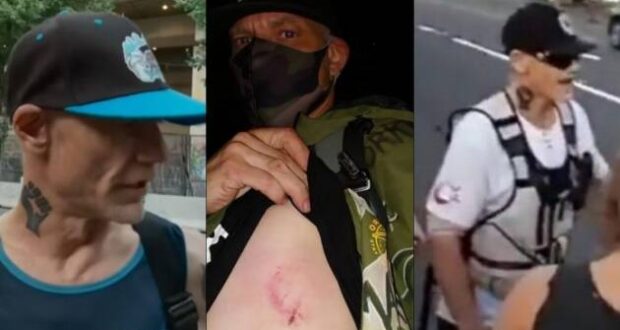 Michael Reinoehl has been identified as the shooter.

A woman has turned in her brother saying he’s the Antifa member who fatally shot a supporter of President Trump. The shooting happened during demonstration over the weekend in Portland.

“We reached out to police and confirmed that we recognized Michael in the screenshots” taken from video footage of the shooting, the sister told The Oregonian. Michael Reinoehl was recognized, in part, by a unique Black Lives Matters tatoo on his neck.

Reinoehl’s sister said the 48-year-old has been estranged from the rest of the family for three years.

“On the one hand, this whole thing surprises the daylights out of us, because we always thought he is a lot of bark, not a lot of bite,” she said. “But he’s also been very impulsive and irrational.” 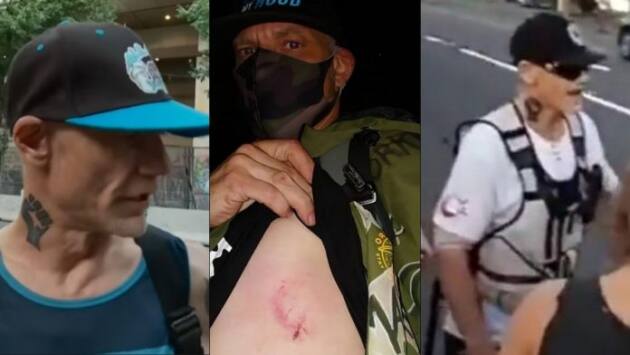 Michael Reinoehl has been identified as the shooter.

Sgt. Kevin Allen, a Portland police spokesman, says that there’s an active homicide investigation into the shooting, preventing the release of any further information. “Any reports you’ve seen beyond what has been released via press release is unconfirmed and unverified,” he said.

Reinoehl on social media profiles said that he is a member of Antifa, a far-left, anarcho-communist group that has committed brutal violence at demonstrations in the past, including in Portland. They target police, Christians, conservatives and others. Antifa, while calling itself “anti-fascist” actually uses the most violent methods of fascists in their actions against free speech and government authorities.

“Every Revolution needs people that are willing and ready to fight. There are so many of us protesters that are just protesting without a clue of where that will lead. That’s just the beginning that’s where the fight starts. If that’s as far as you can take it thank you for your participation but please stand aside and support the ones that are willing to fight,” he wrote on Instagram in June. “I am 100 [percent] ANTIFA all the way!”

Reinoehl said that Antifa members in Portland “do not want violence but we will not run from it either!”

“It will be a war and like all war there will be casualties,” he wrote.

Reinoehl was present during riots and protests in Portland on a number of nights, posting photographs and videos while in attendance. He says he is also a Black Lives Matter activist who supports cutting funding to the police. He used the phrase “Hands up don’t shoot!” referring to the shooting of Michael Brown in Ferguson. Activists falsely stated that Brown had his hands up when he was shot.

Reinoehl was cited on July 5 during rioting in downtown Portland for possessing a loaded gun in a public place, resisting arrest, and interfering with police. Those allegations were dropped on July 30 with a “no complaint,” according to court records obtained by The Oregonian. The incident wasn’t listed publicly by the bureau and a police spokesman said he hasn’t been able to locate the incident.

A spokesman for the Multnomah County District Attorney’s Office didn’t respond to a request for comment.

Reinoehl is wanted for failing to appear in court in a case brought after he and his son, 17, allegedly raced cars up to 111 miles per hour after midnight in Baker County, Oregon, in June.

According to the Baker City Herald, Reinoehl was charged with driving under the influence of a controlled substance, recklessly endangering another person, and unlawful possession of a firearm. He was driving without insurance and with a suspended license, police said. His 11-year-old daughter was in the vehicle.

The shooting on Saturday night came during a rally by pro-Trump individuals. Shots were fired around 8:45 p.m. according to the Portland Police Bureau.

“It is still early in this investigation, and I ask everyone to give the detectives time to do their important work before drawing conclusions about what took place,” Portland Police Chief Chuck Lovell said in a statement. “If anyone can provide information about this case, I ask them to please reach out to our detectives. This violence is completely unacceptable and we are working diligently to find and apprehend the individual or individuals responsible.”

Portland Mayor Ted Wheeler, a Democrat who also serves as police commissioner, told reporters Sunday: “I’ve said, my greatest fear is somebody will die. And now somebody has.” 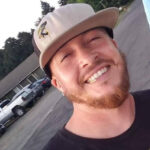 Aaron “Jay” Danielson, shot and killed by an alleged member of Antifa.

Wheeler failed to mention dozens of others who have died since protests began.

Over the weekend, Wheeler blamed President Trump for the violence across the nation.

The victim was identified as Aaron “Jay” Danielson. Danielson was a member of Patriot Prayer which has attempted to have a presence in areas of Portland under threat by Antifa members. The group has regularly made their presence known in an attempt to push back against rioters as Portland’s mayor has required the city’s police to stand down in many instances. Media outlets have labeled the Patriot Prayer a “far-right” group even after taking months to acknowledge Antifa was at the center of riots in Portland.

“We love Jay and he had such a huge heart. God bless him and the life he lived,” Joey Gibson, the founder of the group, wrote on Facebook.

In a post on Instagram on July 3, Reinoehl shared a text message exchange. Someone messaged him saying Patriot Prayer was planning events in various cities on July 4.

“Thank you my friend we are ready,” Reinoehl responded.

Previous: Churches in Burkina Faso abandoned as Christians flee jihadists
Next: FROM THE CHEAP SEATS – Sports and politics