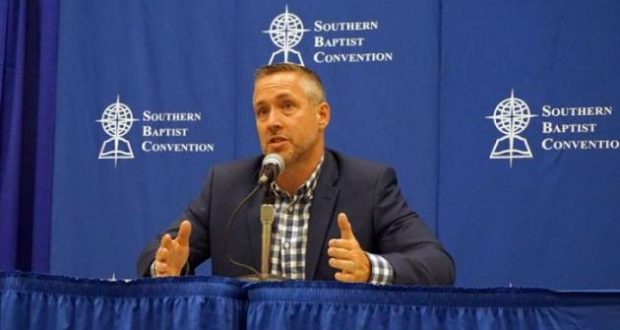 A report on sexual abuse within the Southern Baptist Convention and member churches was released by the organization’s advisory council on Saturday.

Coming just a few days before their annual meeting on Tuesday, attendees of the convention and the denomination’s members now have access to all 51 pages in the report (download it below).

The advisory group was formed after the Houston Chronicle published a series of articles, beginning early February, on sexual abuse in Southern Baptist churches. The final part 6 of that series was published Thursday. According to Houston Chronicle Deputy Investigations Editor Lise Olsen, the newspaper received more than 350 additional tips and emails after part 1 was published.

Upon its formation in July 2018 by SBC President J. D. Greear, the Sexual Abuse Advisory Group was tasked with considering how Southern Baptists at every level can take discernible action to respond swiftly and compassionately to incidents of abuse, as well as foster safe environments within churches and institutions. This report flows from that assignment and aims to convey the key findings that have emerged over the last year.

When the Chronicle first made the allegations over the winter, Greear was shocked and “heartbroken” by what he learned. “The abuses described in this @HoustonChron article are pure evil,” Greear stated in a series of tweets after the Houston Chronicle reported the abuse by ministers, youth pastors, Sunday School teachers, deacons and church volunteers.

So egregious was the abuse, the report carries a “graphic content” warning.

You can download the full report in PDF form HERE.

Below are some highlights from the report:

Throughout the whole report there are testimonies, some anonymous, from people affected by sexual abuse. The report contains a “graphic content” warning due to some of those testimonies.

In one testimony, sexual abuse survivor Nathan Murray wrote about being abused by his youth pastor, Dan, while in middle school.

Pastor Marty Hogue wrote about his experience as a father whose son was sexually abused by a church organist named Bob.

“After the story about Bob had gotten out, I was amazed at how many other people told me stories and their feelings about Bob. He was crafty. Many, and even myself, had felt something wrong in the beginning, but gave him the benefit of the doubt. Over time he snookered us all. I also had many people tell me they had been abused as a child, and had never told anyone, or they were not believed. It was like we turned on a faucet,” he wrote.

The report emphasizes repeatedly that churches failed by both protecting abusers and not caring properly for victims.

“In the past, some SBC churches and leaders have been most concerned with protecting the reputation of their ministry and the church when abuse comes to light. Thus, they have failed to protect the survivors of sexual abuse themselves and failed to prevent future victims,” it reads.

The report also warns against using language that suggests the victim is to blame for their abuse.

“We see this in questions put to the victim, such as, ‘What were you wearing?’ and in terms like ‘sexual sin’ rather than ‘abuse’ and ‘assault,'” it states.

And churches must avoid, “Creating cultures where pastors and leaders cannot be questioned and where accusers are seen with skepticism and fear, rather than love and concern.”

Sexual abuse must be reported to the proper authorities, the report emphasizes in several places.

Each congregation should know its legal requirements, and the legal bodies they report to will vary depending on their state and local governments.

“The church should not act as an investigative body in criminal matters. When abuse is disclosed and investigation is needed, local law enforcement should be called,” the report says.

The report says theology has been misapplied, which contributed to church failures in sexual abuse situations in various ways.

“Wrong teaching that leads to treatment of women and children as inferior to men in value, intellect, and discernment,” and, “Misapplication of complementarian teaching, leading to women submitting to headship of all men,” are two examples.

One hurdle mentioned often in debates over how the SBC can address its sexual abuse crisis is its governance structure, or ecclesiology. SBC churches have a great deal of autonomy compared to other denominations. It’s not hierarchical, like, for instance, the Roman Catholic Church.

The report says this doesn’t mean the SBC is incapable of dealing with the sexual abuse crisis.

“This structure should be utilized to allow each pastor to provide the justice and healing needed to stop abuse, turn perpetrators over to the justice system, and provide safe havens for victims. Instead, leaders in some churches have provided cowardly cover for perpetrators and have claimed to be dispensing mercy while withholding it from victims, and instead allowing injustice and evil to flourish,” the report states. “… Moving forward, we must determine to no longer allow our church structure or its leadership to hinder justice or healing for survivors of sexual abuse.”

How church leaders are chosen and retained is also part of the problem, the report says. Such as when churches “[elevate] leaders to inappropriate platforms and pedestals upon which they are revered and believed to be indispensable,” “[emphasize] competency over character in our hiring practices,” or “… are quick to see power and a dynamic talent, but undervalue humility and a shepherd’s heart.”

In one of the testimonies, sexual abuse survivor Stephani wrote, “Sexual Abuse is multifaceted, a survivor can project confidence and true beauty on one side while at the same time feeling alienated and worthless. I am thankful for this report and the leaders who showed bravery in compiling it. Now the real challenge begins.”