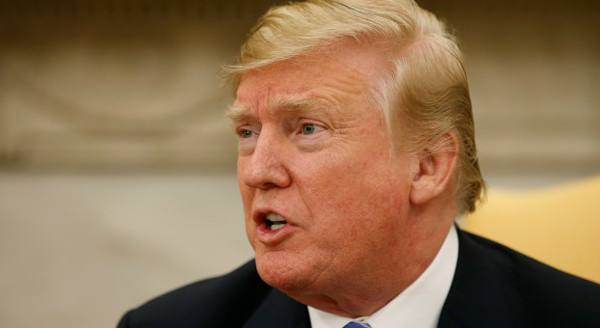 State of the Union will address pro-life and border security

“Choosing Greatness” is the theme of President Donald Trump’s second State of the Union address according to a senior administration official who briefed reporters at the White House. The speech, scheduled for Tuesday, Feb. 5, will hit on several major bipartisan topics, but bring up contentious issues like abortion and the border wall.

“In his address, the president will cast an inspiring vision of American greatness,” the official said. “He will outline a policy agenda that both parties can rally behind to achieve this vision. The president will express confidence in this hopeful future and encourage Congress to reject the politics of resistance and retribution, and, instead, adopt a spirit of cooperation and compromise so we can achieve it.”

One major topic could be the sanctity of human life after New York legalized the killing of unborn children up to birth and the embattled Virginia Gov. said in a radio interview it was OK to let children born alive die on a table if the attempted abortion failed.

Pro-life advocates say that Trump has unquestionably become the most pro-life president in American history. His passion for the cause is rooted, they say, not in a political decision to get votes like most presidents who want to court pro-life Americans, but a personal experience he had that caused him to switch from a pro-choice position more than 10 years ago.

The official says Trump is expected to bring up late-term abortions and infanticide, stating “the president will talk about the fundamental importance of respecting human life.”

Tightening border security and decreasing illegal immigration have become hot-button issues that culminated in the longest government shutdown in history, with another one looming.

“The president will reaffirm the determination to stop illegal immigration, human trafficking, the flow of drugs and crime,” the official said.

Trump intends to update Congress on the trading relationship with China, as well as urge the chambers to pass both the United States, Mexico, Canada Agreement (USMCA) and the Reciprocal Trade Act.

High-level U.S.–China trade talks concluded on Jan. 31, with progress made toward a trade deal and a Chinese commitment to buy vastly more U.S. soybeans. The White House has said that if both sides fail to reach a satisfactory outcome by March 1, the United States will increase tariffs on Chinese goods.

Trump will also tout last year’s success in lowering drug prices and call on Congress to support the administration’s efforts to lower the cost of health care and prescription drugs.

Finally, the president will update Congress on his “diplomatic and military efforts around the world and reaffirm his determination to protect American interest and bring to an end our endless foreign wars,” the official said. The official said Trump will address the political turmoil in Venezuela, but declined to name other countries included in the speech.

The official reiterated the broad, bipartisan support for the main topics.

The official said the tone of the State of the Union speech is optimistic, visionary, and will likely run a little short of last year’s 81 minutes. Trump will make references to gallery guests, as he did last year with the parents of children killed by illegal aliens, a North Korean defector, guests related to the opioid crisis, law enforcement, and business and trade.

The official provided an excerpt from the speech as prepared for delivery: “Together, we can break decades of political stalemate, we can bridge old divisions, heal old wounds, build new coalitions, forge new solutions, and unlock the extraordinary promise of America’s future. The decision is ours to make.”

Democrats have chosen failed Georgia gubernatorial candidate Stacey Abrams to deliver their response to the State of the Union.