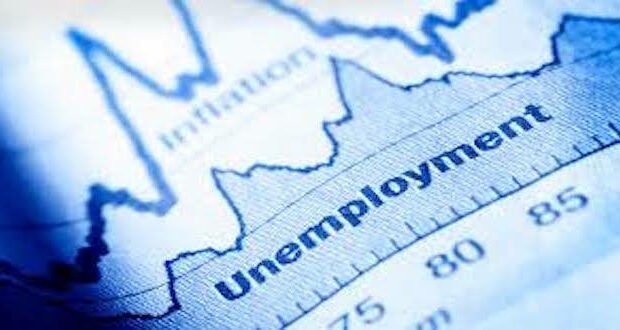 States that withdrew from the federal pandemic unemployment bonus in June saw improving jobs numbers and fewer individuals filing for benefits compared to other states, according analysis of federal data.

The states, most of which are Republican-led, that stopped offering residents the federal benefit in early June experienced a 33 percent drop in new jobless claims filed compared to the roughly 4 percent decline seen in states that didn’t withdraw from the program, Department of Labor data analyzed by the DCNF showed. Governors pulled out of the Federal Pandemic Unemployment Compensation (FPUC) program, a weekly $300 bonus given to out-of-work Americans on top of state benefits, due to stagnating job growth and a worsening nationwide labor shortage.

“I continued to see increases in the number of unemployed and, in some weeks, increases in the new regular claims that were coming in,” Republican Mississippi Gov. Tate Reeves told the DCNF in an interview. “So I felt we had to make a decision because if we wanted to experience a full economic recovery, we had to get our people back to work.”

On May 10, following an underwhelming April jobs report, Reeves became one of the first governors to announce that his state would no longer participate in FPUC beginning June 12, citing the high number of job vacancies. His decision was influenced by conversations with Mississippi small business owners and workers who were severely understaffed and overworked as business activity picked up, he told the DCNF.

In addition to Mississippi, Alaska, Iowa and Missouri were the first to officially stop offering the bonus on June 12.

Altogether, 25 states either pulled out in June or earlier this month. Louisiana will withdraw on July 31.

“Over the past several months employers across the state have reported worker shortages in all industries,” Catherine Muñoz, deputy commissioner of Alaska’s Department of Labor, told the DCNF. “It’s too early to assess the full impacts of ending the $300 weekly payment, but the trend seems to indicate that the economy is opening up and people are successfully finding employment.”

The FPUC program, which was first introduced at the beginning of the pandemic, had been set to expire on March 14 before President Joe Biden and Democrats extended it through Sept. 6 via the American Rescue Plan. Since then, job openings have steadily increased even as the economy has continued to recover.

Total U.S. job vacancies hit a record 9.21 million in May, according to a recent Labor Department report. Like Reeves, Republicans and business groups such as the Chamber of Commerce have blamed the labor shortage on the $300 weekly benefit.

A recent Morning Consult poll appeared to support the theory, showing that 13 percent of the more than 14 million Americans receiving unemployment benefits recently turned down job offers because they earned enough in government assistance.

“If you pay for something, you’re going to get more of it,” Casey Mulligan, former White House Council of Economic Advisers chief economist and a University of Chicago economics professor, told the DCNF in an interview. “If you pay for unemployment, you’ll get more unemployment.”

“There are really no surprises in what’s happening here,” he continued. “I know the Biden people act surprised, but this is something we predicted as a quantitative matter and all the different patterns were known and predicted over a year ago.”

Mulligan published two reports last year which projected that continuing the federal unemployment bonus would lead to higher job openings. In August 2020, after the first pandemic bonus ended, job vacancies rapidly declined, according to one of the reports.

“There’s simply no other explanation for the very unique situation we have right now where we have a record high number of job openings and yet a relatively high unemployment rate,” Heritage Foundation research fellow Rachel Greszler told the DCNF. “The last time that we had a similar unemployment rate as we do today, we had 4.7 million job openings. So, just a little more than half the level that are there today.”

“The main culprit is these unemployment insurance benefits,” she said.

The U.S. economy has added more than 3 million jobs since January, but the national unemployment rate has remained elevated, hovering near 6 percent for consecutive months. The national labor force participation rate held at 61.6 percent in June, significantly lower than its pre-pandemic level, according to additional data.

By Thomas Catenacci. Madeline Dovi contributed to this report.

From The Daily Caller News Foundation

Previous: Outreach Christian Education empower your child to reach their fullest potential
Next: Incremental increase in gas tax will begin in October