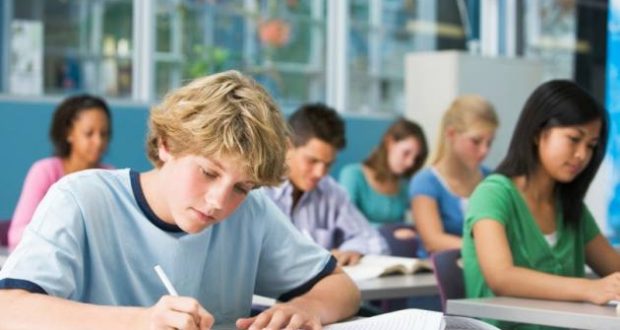 States move to allow Bible as textbook in public schools

The Supreme Court has previously ruled that the Bible may be used, and studied in school, for historical and literary purposes acknowledging the Bible’s significance in the development of Western literature, law and governance.

But the word Bible and school in the same sentence causes many districts to shy away and brings the wrath of those who espouse separation of church and state.

In six states across the nation, bills to allow the Bible to be taught in the classroom, not as theology but on “Bible literacy” and historical grounds, are being considered.

In Missouri, state representative Ben Baker filed a bill to allow school districts in the state to teach the Bible as an elective.

“The history of our country, a lot of it is tied to principles that are there, and so, from a historical perspective, and it would be something that is an elective that is an opt-in for students, so, and I think it’s some great legislation that hopefully we can see move through the process. There’s a lot of steps for that to get to where I’d like to see it,” Baker said earlier this month.

In a television interview Monday morning, North Dakota State Representative Aaron McWilliams explained that the bill is important because it permits students to study what provided the foundation for American society, including how it informed the Constitutional Congress.

Yet groups like Americans United for Separation of Church and State are opposing the measures, asserting that they are part of a scheme to impose Christianity on public school students.

While separation of church and state is important, McWilliams said, it is impossible to separate books from education, citing a 1963 Supreme court case in which the high court ruled that it was permissible to do Bible-reading in school provided that it was done from historical and literary context.

“As long as we’re not teaching faith in the school, we can go for it,” he said, noting that the proposed Bible literacy class is not compulsory, but an elective.

“When you look at the Bible on its influence on our history, the system of judges comes from Exodus 18,” he added, referencing principles in the legal system that have biblical roots.

When schools disallow religious texts like the Koran and the Bible into the school, a secular religion is essentially established in the vacuum, McWilliams explained Monday.

President Donald Trump thinks it is “great” that the option of Bible classes is returning to public schools.