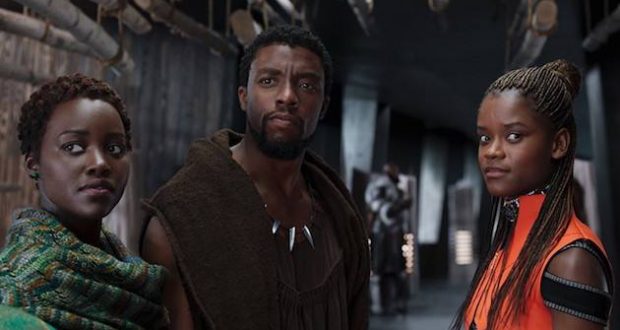 We’ve grown accustomed to a superhero misbehaving in the Marvel and DC universes – whether that’s Iron Man acting like a playboy, Wonder Woman spending the night with a companion, or the Avengers constantly making snide remarks about one another.

Then there’s Black Panther. He’s not a womanizer, and he doesn’t ridicule his friends on a whim. He’s also altruistic and wants his country to share its knowledge and riches with the world.

In other words, he’s the kind of superhero you’d want to speak to your child’s class.

The movie Black Panther (PG-13) rightly received rave reviews when it was released in theaters earlier this year as the first Marvel movie with a largely African-American cast.

But the film – which makes its Netflix debut Sept. 4 – stood out for other reasons, too. For example, the film’s primary character — T’Challa/Black Panther – is more mature and serious than the average superhero. As the leader of the fictional African country of Wakanda, he doesn’t have time for juvenile jokes. The movie itself differentiated itself by having less language (about eight words and no profane uses of God’s names) and less sexual content (unless you count belly-revealing costumes) than most Marvel films. It’s one of my favorite superhero movies of all time.

This doesn’t mean, though, that the film is for small children. The violence is excessive, with more gun fights, close-up punches, and deaths by spearing than seen in many superhero movies. Black Panther also includes ancestral worship. Families who watch it can discuss what God requires: He alone is to be worshiped (Exodus 34:14). Jesus is our lone intercessor (1 Timothy 2:5-6).

The film offers tons of positive messages, including ones on self-sacrifice, mercy and helping the poor.

Spider-Man 3 (PG-13, Sept. 1) – This 2007 film depicts our masked hero affected by an other-worldly black goo that makes him aggressive and mean. Eventually, he junks his “good guy” reputation and seeks revenge on an enemy. It’s darker than other Spider-Man films. Rated PG-13 for sequences of intense action violence. It has mild language, too. 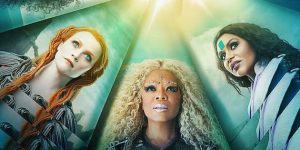 Call the Midwife: Season 7 (TV-14 Sept. 10) – The BBC/PBS series spotlights a group of midwives serving the public during the 1950s and 60s and has been applauded by some pro-lifers for its storylines. But a few of the episodes – including one in Season 7 – involve illegal abortions. Caution is advised.

Disney’s A Wrinkle in Time (PG, Sept. 25) – This fantasy film was based on the Madeleine L’Engle book that featured several Christian themes. Sadly, though, the movie removed all the Christian elements. The film tells the story of a girl who crosses the universe looking for her long-lost father. Rated PG for thematic elements and some peril.

Grace Unplugged (PG, Sept. 12) – An 18-year-old Christian singer drifts from her parents and her Christian background to try and become a Hollywood star. It’s a faith-based modern retelling of the Parable of the Prodigal Son. Rated PG for thematic elements and brief teen drinking. 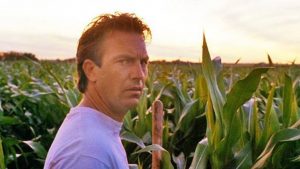 Field of Dreams (PG, Sept. 1) – This baseball fantasy classic follows a farmer who builds a field to attract baseball stars from the past (that is, ghosts). Starring Kevin Costner, it includes several good lessons but is marred by some strong language.

Michael Foust is the husband of an amazing wife named Julie and the father of four small children. He has covered the intersection of faith and entertainment for more than a decade.

Previous: How to be a millionaire: Tips from the Dave Ramsey show
Next: Judge drops charges against jihadi terrorists who buried toddler