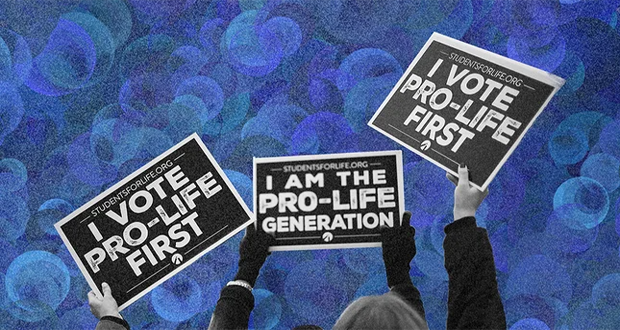 Susan B. Anthony List prepared to defeat politicians who favor abortion in midterms

A pro-life leader expects abortion to be a critical issue in November’s midterm elections.

“The context is historic,” President Marjorie Dannenfelser of Susan B. Anthony List says.

The election falls in the shadow of Dobbs v. Jackson Women’s Health Organization, the Supreme Court case involving a 2018 Mississippi law banning abortions after 15 weeks, addressing whether bans on abortion before fetal viability are constitutional. It directly challenges the Supreme Court’s monumental Roe v. Wade decision. If Roe v. Wade is overturned, the power to decide abortion laws would be returned to the states.

“We’re looking at a decision that’s been in the making for almost 50 years that has only grown, not diminished, over time,” she said. “And it’s possible that it’s culminating this summer right before midterms, at a moment where the Republican Party has come very far in terms of its embrace of the issue.”

This will be the first time in 50 years when the consequences of voting for a pro-abortion politician are real rather than theoretical, Dannenfelser said, noting that the results of the 2022 midterm elections will predict which states pass aggressive pro-life laws and which don’t. To that end, from now until November, the SBA List is launching campaigns across the country to “expose the extremism of vulnerable pro-abortion senators.”

The pro-life organization has  $72 million 2022 election cycle budget, and it is zeroing in on Sen. Mark Kelly, targeting the Arizona Democrat with a $1 million ad campaign highlighting his abortion stances. The campaign centers on Kelly’s vote for the radically expansive Women’s Health Protection Act, legislation bolstered by the Biden administration.

SBA List calls it the “Abortion on Demand Until Birth Act,” because the legislation prohibits governmental restrictions on abortion, specifically banning the government from limiting an abortion provider’s ability to prescribe abortion drugs and offer abortions.

The act also would prohibit the government from mandating that abortion providers provide “unnecessary medical procedures” or “medically inaccurate information,” such as requiring a doctor to show a woman an ultrasound or her unborn baby or tell a woman that she can use “abortion pill reversal” drugs if she changes her mind after the abortion.

Previous: Conservative Southern Baptists nominate leaders to battle wokeness in denomination
Next: Candidates expect 2022 to be Year of the Republican Women