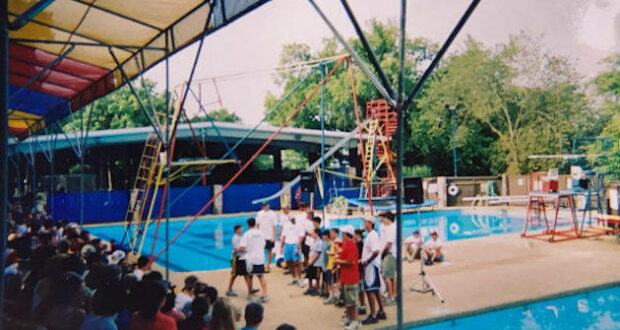 The fallout from sexual abuse allegations against Kanakuk Kamps near Branson continues.

More than 26,121 people have signed a petition asking the organization to release dozens of victims and their families from non-disclosure agreements. The latest petition asks Kanakuk leadership to “admit to known failures” and to “invite an independent investigation.”

The petition is on a website supported by No More Victims, a group comprising of former abuse victims. A statement from the organization said it “knows of more than 125 victims of Kanakuk abuse, with allegations against over 30 unique perpetrators within the organization, dating from the 1950s to today, all while under the White family’s leadership.” It runs operates the website Facts About Kanakuk.

At least two men have gone to prison for crimes committed while they were Kanakuk counselors. Pete Newnan is serving two life sentences plus 30 years. The prosecutor who oversaw the case said the number of victims could be in the hundreds. Lee Bradbury pleaded guilty in 2013 to four sex-related charges involving campers at Kanakuk. Five other men who served on Kanakuk’s staff in the 1980s, 1990s and 2000s have been convicted of sex crimes perpetrated after they served on Kanakuk staff.

With annual revenue topping $30 million, Kanakuk Kamps is one of the largest evangelical ministries in the nation and said it has been host to 500,000 campers from all 50 states and 10 countries since its founding in 1926. It can cost as much aS $5200 for a child K-1st grade.

Many of the allegations involve incidents from the 1990s, 2000s and early 2010s. Kanakuk has said it learned its lessons from these incidents and now has rigorous child protection policies in place. However, survivor advocates say that many leaders, including Joe White, Kanakuk’s CEO and board chair, have never been held fully responsible for their leadership failures.

In addition to sexual abuse, Yahoo News reports young campers were forced to shower nude with their counselors. And, according to court documents, nudity was commonplace at the camp. All of this was under the approval of Joe White, according to testimony from previous campers and counselors.

Below: Kris Cooper (Former ED, Kanakuk Kamps) “was it alarming that someone on your staff was four-wheeling naked with children?”

Kanakuk Kamps released this statement in late May:

“Kanakuk has employed over 50,000 people to work in our camps during our almost 100-year history, with the vast majority committed to the safety and spiritual growth of the children entrusted into their care. We know of two staff members that broke that sacred trust, whose dark hearts led to the pain and suffering many still live with today. Kanakuk was in no way complicit with the actions of these men. When we became aware of abuse, we immediately terminated their employment and reported them to authorities. For some victims, understandably, this brings little or no comfort. Our hearts grieve for victims, and we will continue to work with them to support their healing journey. Additionally, we want victims to know that we take seriously our responsibility to protect those who walk through our gates.”