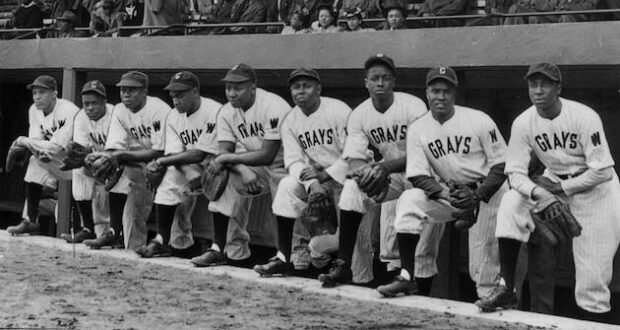 Leading athletes, entertainers and politicians are paying tribute to Negro Leagues baseball, which began in Kansas City a century ago.

The Tip Your Cap campaign, which is being directed by Negro Leagues Baseball Museum President Bob Kendrick, is intended to bring recognition and respect to the  men and women who played in the Negro Leagues from 1920 through 1960. The campaign was conceived when long-planned centennial events in major league stadiums across the country were cancelled because of COVID-19, and the response has been extraordinary.

The campaign is making a simple request. The Negro Leagues Baseball Museum is asking Americans — anytime between now and July 23 — to submit a brief video or photo of themselves tipping their caps in honor of these sports and civil rights heroes to photos@tippingyourcap.com and to post them on their social platforms with the hashtag #tipyourcap2020.

President Trump, an impressive baseball player in his youth and who was once scouted by the Philadelphia Phillies amd the Boston Red Sox, was a regular at Yankee’s Stadium growing up. That interest continued into adulthood. In 1983 he personally rescued the Negro Leagues fifth reunion after a major donor pulled out.

Baseball was a favorite of other presidents as well.

“When I was a kid,” former President W. Bush said, “my favorite baseball player was Willie Mays. It turns out Willie Mays played in the Negro Leagues for a brief period of time. I can just imagine what baseball would have been like had the predecessors to Willie Mays been able to play Major League Baseball.”

Among the many others who already have tipped their caps are Derek Jeter, Reggie Jackson, Michael Jordan, Magic Johnson, Tony Bennett and Bob Costas. The videos and photos will be highlighted on Twitter and Instagram accounts @tipyourcap2020.  They will also be celebrated on a tribute website (tippingyourcap.com), which will become part of the Negro Leagues Baseball Museum’s commitment to keeping the spirit and contribution of the Negro Leagues alive.

Previous: Missouri Supreme Court rules that state must reimburse Planned Parenthood for services
Next: Actor Denzel Washington shares memories of being filled with the Holy Spirit