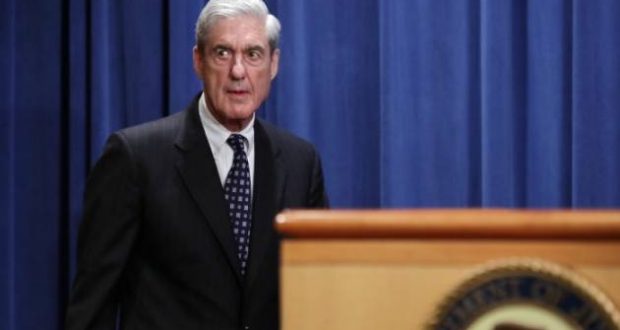 The Mueller report quotes a transcript of a Nov. 22, 2017, voicemail message from the president’s attorney, John Dowd, to the attorney for former national security adviser Michael Flynn.

A full version of that transcript released on May 31 in the court proceeding in Flynn’s case shows that Mueller’s team selectively edited the transcript for the Mueller report.

The edited version in Mueller report conceals Dowd’s sympathetic tone at the outset of the message, cuts out language that would show that Dowd discussed two separate matters, and omits the fact that Dowd specifically cautioned Flynn’s attorney that he wasn’t requesting any confidential information.

In response to the edits, Dowd said, in a statement to an attorney who noted the discrepancy on Twitter: “It is unfair and despicable. It was a friendly privileged call between counsel – with NO conflict. I think Flynn got screwed.”

Mueller presents the edited transcript in the second volume of the report, which deals with instances of alleged obstruction of justice by Trump. Mueller concluded the investigation without bringing charges against Trump. In a final press conference, Mueller said his team decided not to make a determination about bringing charges against the president. Mueller also concluded, after a 22-month investigation, that there wasn’t enough evidence to establish that Trump colluded with Russia.

The Nov. 22, 2017, voicemail from Trump’s lawyer to Flynn’s lawyer was prompted by Flynn’s withdrawal from a joint defense agreement with Trump, in order to enter a plea agreement with the special counsel. The report states that Flynn’s attorneys returned the call the next day. Flynn’s attorneys told the special counsel that “the President’s personal counsel was indignant and vocal in his disagreement” and that they would interpret the withdrawal as “a reflection of Flynn’s hostility toward the president.”

Considering the tone of the follow-up call, the Mueller team’s removal of the fact that Dowd expressed sympathy in his voicemail, appears to be an attempt to make the email fit into the narrative that Trump’s attorneys were confrontational.

Mueller’s report also omits Dowd saying, “I understand that you can’t join the joint defense; so that’s one thing. On the other hand …” The language expresses understanding and the fact that the following statement deals with a separate issue. Mueller’s report conflated the two statements by removing the sentence.

The report also selectively removed the fact that Dowd premised his request for a “heads up” from Flynn attorneys, with a request that they do so “without you having to give up any confidential information.” This selective edit is particularly egregious, considering that the phrase’s removal promotes suspicion that Dowd was making an improper request.

Mueller also omitted Dowd saying that the request for a “heads up” for “not only for the president but for the country,” in the context of national security.

“This is why we need all backup and source documentation for the #muellerdossier released publicly. It’s all a fraud…” Rep. Devin Nunes (R-Calif.) wrote on Twitter in response to a side-by-side comparison of the original transcript and Mueller’s edited version.

Democrats have been silent since the news of the Mueller team tampering.

Previous: Cocaine and sugar addictions have similar withdrawal
Next: Making a Financial Plan from a Biblical Perspective