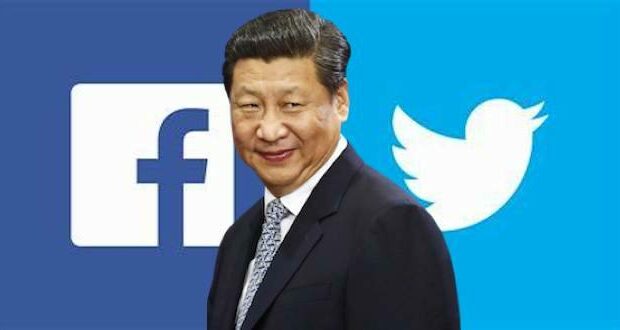 The social media companies allege that the pages and groups were pro-American and “used deceptive tactics” to promote Democratic and pro-Western narratives while exposing atrocities and genocide by Russia and China.  That, according to a report released on Aug. 24.

The joint report by the Stanford Internet Observatory and Graphika, a social media analytics firm, alleges that an “interconnected web of accounts” on Twitter, Facebook, Instagram, and five other social media platforms utilized “deceptive” strategies to back Western narratives in the Middle East and Central Asia.

But the deceptive practices, some point out, are common among all media outlets – mainly coordinating posts, news stories and links to other websites, including military news sites.

“These campaigns consistently advanced narratives promoting the interests of the United States and its allies while opposing countries including Russia, China, and Iran,” the report states.

The accounts heavily criticized Russia in particular for the deaths of innocent civilians amid the invasion of Ukraine which began in February this year, according to the report. They also promoted the narrative that Russian President Vladimir Putin planned to induce a global food crisis that would impact less economically developed countries the hardest.

Accounts in the Middle East also focused on issues in Yemen, primarily sharing content that was critical of Iranian and Houthi rebel activity in the country, including posts that accused Houthi rebel leaders of blocking humanitarian aid deliveries and acting as proxies for Iran and Hezbollah.

A portion of the activity also promoted anti-extremism messaging, according to the report.

Twitter alleged the two overlapping sets of accounts violated its policies on “platform manipulation and spam,” according to the report, while Meta said the accounts engaged in “coordinated inauthentic behavior.”

Both Twitter and Meta, after taking down the accounts, provided portions of their activity to Graphika and the Stanford Internet Observatory, according to the report.

A spokesperson for Meta said the company would not comment further on its actions to delete the pro-Democracy accounts and had no additional information to share regarding the report.