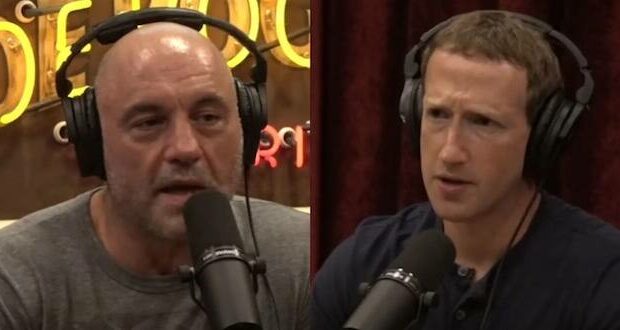 Facebook CEO Mark Zuckerberg has admitted Facebook suppressed the reach of social media posts referencing the story about Hunter Biden’s laptop in the lead-up to the 2020 presidential election.

The revelation came on the Aug. 25 episode of “The Joe Rogan Experience.” The Meta CEO (parent company of Facebook) said was in response to contact by the Federal Bureau of Investigation (FBI) with Facebook managers. Zuckerberg says the FBI alleged the laptop story was part of Russian propaganda ahead of the 2020 election.

Zuckerberg’s remarks were in response to Rogan’s question: “How do you handle things when there’s a big news item that’s controversial like there was a lot of attention on Twitter during the election because of the Hunter Biden laptop story?”

In response to Rogan’s question, Zuckerberg said: “The background here is the FBI I think basically came to some folks on our team [and] were like, ‘Hey, just so you know, you should be on high alert. We thought that there was a lot of Russian propaganda in the 2016 election, we have it on notice that basically there’s about to be some kind of dump similar to that, so just be vigilant.’”

Zuckerberg said that the protocol Facebook took was “different from Twitter’s.”

“What Twitter did [was] they said ‘you can’t share this at all.’ We didn’t do that,” Zuckerberg said, referring to the Hunter Biden laptop story. “What we do is, if something is reported to us as potentially misinformation, important misinformation—we also do third-party fact-checking programs because we don’t want to be deciding what’s true and false—and for the, I think it was five or seven days when it was basically being determined whether it was false, the distribution on Facebook was decreased, but people were still allowed to share it. So you can still share it, you could still consume it.”

The laptop of President Joe Biden’s son, Hunter Biden, became the subject of multiple media reports in October 2020 after the New York Post broke the story. According to the reports, content found on the laptop showed Joe Biden’s as well as his brother James’s and son Hunter’s involvement in various overseas business ventures in countries such as Ukraine, Russia, China, and other countries—including during the time Joe Biden was vice president during the Obama administration—and showed payments received in connection with their involvement. The laptop also contained other content, including pornographic images and illicit data.

At the time, the New York Post reported that the laptop had been allegedly seized by the FBI and a copy of the files given to Rudy Giuliani’s lawyer, Robert Costello, by an electronics repair shop owner.

The Hunter Biden laptop story was quickly censored and suppressed on various social media platforms, including Twitter and Facebook. Legacy media outlets initially dismissed the news as Russian disinformation and did not acknowledge the authenticity of the laptop until two years later, when outlets including The Washington Post and The New York Times published articles verifying and acknowledging the authenticity of the laptop.

More than 50 former intelligence officials, including former CIA Director John Brennan and former Director of National Intelligence James Clapper, signed a letter (pdf) in October 2021 claiming, with no evidence, that the story about Hunter Biden’s laptop was Russian disinformation. The letter was later cited by then-presidential candidate Biden during the second presidential debate to assert that stories surrounding his son’s laptop were Russian disinformation.

In March, Former Attorney General William Barr admitted that in the aftermath of the letter, he was informed by former Director of National Intelligence John Ratcliffe and the FBI that the laptop was authentic and was in the FBI’s possession, but did not speak publicly about it in his role as attorney general.

Zuckerberg explained to Rogan that Facebook ranked the posts about Hunter Biden’s laptop in the newsfeed “a little bit less, so fewer people saw it than would have otherwise.” Zuckerberg did not quantify the level at which Facebook decreased the distribution of the posts, but said that “it’s meaningful.”

Rogan asked whether there was any “regret” about suppressing content that turned out be factual, Zuckerberg said: “Yeah, yeah. I mean, it sucks.”

“It turned out after the fact, I mean, the fact-checkers looked into it, no one was able to say it was false,” he told Rogan. “So it basically had this period where it was getting less distribution … it sucks though I think in the same way that probably ‘having to go through like a criminal trial but being proven innocent in the end’ sucks. It still sucks that you had to go through a criminal trial, but at the end you’re free.

“I don’t know if the answer would’ve been don’t do anything or don’t have any process, I think the process was pretty reasonable, we still let people share it, but obviously you don’t want situations like that,” Zuckerberg said.

A poll by New Jersey-based Technometrica Institute of Policy and Politics in early August of 1,335 adults showed that 79 percent of Americans believe President Donald Trump likely would have won reelection if people had known the truth about Hunter Biden’s laptop.

Previous: Travel with me to the Holyland!
Next: List of scientists saying there is no ‘climate crisis’ surpasses 1,150