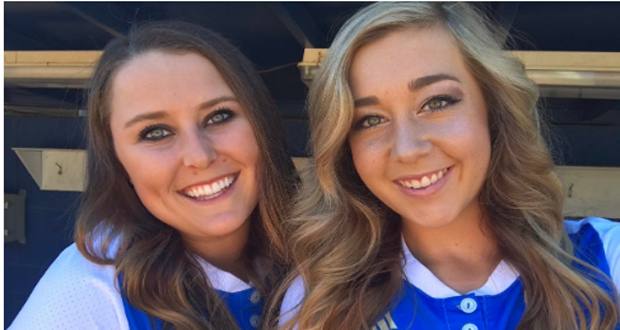 Stevie Wisz is not a star athlete for the No. 2-ranked UCLA Bruins’ softball team. She’s had three at-bats over four years, and one hit. She’s primarily a pinch-runner with one stolen base and 23 runs scored. And yet, if you ask coach Kelly Inouye-Perez, Wisz is irreplaceable.

“She is a very important cog in this wheel,” Inouye-Perez recently told ESPN. “Without her in that spot, we go nowhere. She puts the team before herself. She helps girls going through hard times. She’s the glue of UCLA softball, always giving unconditionally without expecting anything in return.”

A few facts about Wisz: She was diagnosed with aortic stenosis when she was still a baby, and had her first open-heart surgery at 9. At 15, Wisz had a second heart surgery, and is now 100 percent dependent on a pacemaker to live. Wisz had to give up every sport she played except softball, and was committed to making the UCLA team as a walk-on, which she did … after being stood up twice by the coaching staff for her tryout. Before her senior year at UCLA, Wisz was told she would need yet another surgery, which she delayed until after the softball season was over.

“I give so much of my life to that team and they give so much to me, I didn’t want to miss out,” Wisz told ESPN. “Not just the game, but the memories.”

This is the attitude that Inouye-Perez describes as vital to the UCLA softball team’s success. Wisz does everything asked of her, is willing to give everything she has, and lights up the locker room with her positive spirit.

“She just had this ray of light,” assistant coach Lisa Fernandez said about the time she first met Wisz. “The brightness in her eyes, on her face. The smile. The positive energy. Anyone who has ever met her knows she has this great presence. Then you hear her story and it was just like, ‘Wow, what can this kid potentially do for us?’”

There’s a direct connection between Wisz’s impact on her team and her faith in Jesus. On her Instagram account, Wisz responded to the ESPN article by thanking a series of people, including God:

“To God, thank you for uniquely creating me and providing me with my own distinct story. As tears stream down my face, all I can think of is the strength and love you have given me every step of the way. Although this story may seem as it is glorifying me and all my achievements, what it really is doing is glorifying the tremendous work God has done in my life. ALL GLORY TO HIM.”

Her Twitter bio is filled with references to her faith, including a recent tweet saying, “You are not alone. You are so special. & God has such a special plan for your life and story.”

As for softball, UCLA reached the Women’s College World Series. Wisz will head into another surgery, and the rest of her life.

“I was fearful of the surgery and what’s to come next for a while,” Wisz told ESPN. “But I flipped it. I don’t live in fear of dying. You can’t. Instead, I’ve made the choice to live like there is no tomorrow.”