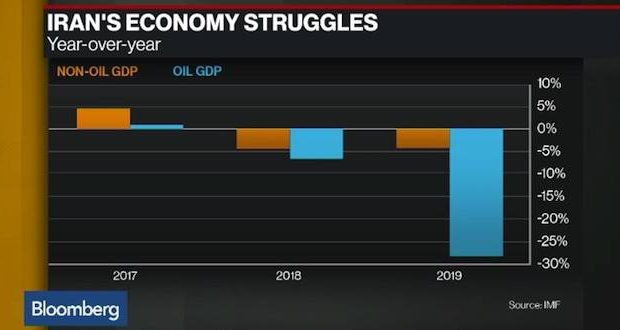 The United Kingdom, Germany and France have announced today they’re fed-up with Iranian violations of the 2015 nuclear deal and put the blame solely on the Iranian regime. That’s contrary to American media outlets who, since the U.S. pulled out of the agreement and reimposed sanctions, have been blaming President Donald Trump.

The statement on Iran’s nuclear violations was released by European diplomats and caught many Trump antagonists off-guard..

Josep Borrell Fontelles, the European Union’s representative for foreign affairs, wrote that he received a letter from Germany, France, and the United Kingdom to “[trigger] a dispute mechanism” of the agreement with Iran, known as the Joint Comprehensive Plan of Action (JCPOA). They “will now oversee the process which requires intensive efforts [and] approach in good faith by all,” he said, adding that it’s “more important than ever” to preserve the accord.

In a statement of their own, the UK, France, and Germany said they have no choice but to take action amid the escalation of tensions between Washington and Iran after the White House ordered the killing of top Iranian commander Qassem Soleimani, and Tehran announced it would pull back from key components of the nuclear deal, including the limit on centrifuges.

The Europeans said that they can not credibly move forward to save the agreement without the dispute resolution process being initiated.

“We have therefore been left with no choice, given Iran’s actions, but to register today our concerns that Iran is not meeting its commitments under the JCPOA and to refer this matter to the Joint Commission under the Dispute Resolution Mechanism,” the ministers said.

The ministers added: “We do this in good faith with the overarching objective of preserving the JCPOA and in the sincere hope of finding a way forward to resolve the impasse through constructive diplomatic dialogue while preserving the agreement and remaining within its framework. In doing so, our three countries are not joining a campaign to implement maximum pressure against Iran. Our hope is to bring Iran back into full compliance with its commitments under the JCPOA.”

The United States reimposed its sanctions on Tehran after President Trump withdrew from the deal and he called on other major powers to abandon it, saying that the lack of sanctions has allowed Iran to pursue its ambitions in the Middle East. And last week, the White House announced more sanctions against the regime after it launched a barrage of missiles at Iraqi bases that house American troops. Hours later, Iran — by its own admission — shot down a Ukrainian passenger jet, killing 176 people and prompting protests across the country.

On Tuesday, UK Prime Minister Boris Johnson encouraged President Trump to come up with an American plan to replace the 2015 Obama scheme, and he noted that the Obama treaty had “many, many faults.”

“President Trump is a great deal maker, by his own account and many others. Let’s work together to replace the JCPOA and get the Trump deal instead. That is our opportunity,” Johnson told the BBC.

Under the Obama deal, Iran was given $150 billion dollars in funds that had been frozen in various world banks. John Kerry, speaking as Secretary of State at the time, admitted that some of the funds would be used to fund terrorism.