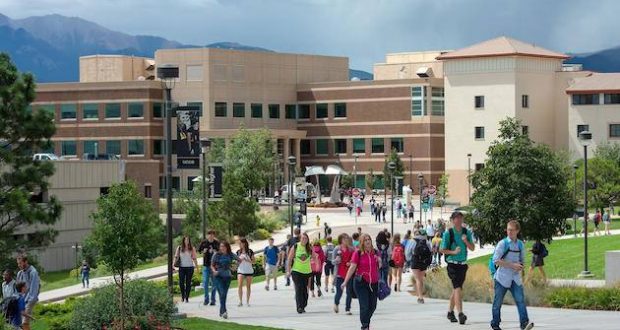 A Christian Bible club at the University of Colorado-Colorado Springs will not be forced to hire an atheist to lead teachings. The university has been forced to make policy changes in order to settle a lawsuit brought by Alliance Defending Freedom (ADF) attorneys on behalf of a Christian apologetics club on its campus.

The ADF says school officials were essentially trying to force the group to allow non-Christians and those with anti-Christian beliefs to lead the club.

Last November, Ratio Christi sued the school arguing that the university’s denial of recognition was a “viewpoint discrimination” against the group’s religious beliefs.

As part of the settlement, the university agreed to grant Ratio Christi registered status, pay over $20,500 in damages and attorneys’ fees, and update its policies to ensure that a student club may require its leadership to promote the purposes of the club and hold beliefs consistent with the group’s mission.

As a Christian apologetics organization, Ratio Christi seeks to defend the Christian faith and explain how the Bible applies to various current cultural, ethical, and political issues. Any student can attend the events and join the organization. But Ratio Christi requires that those who lead the Christian organization share its religious beliefs. As a result, the university had denied it registered status, limiting its access to funding, meeting and event space, and administrative support.

“We commend the University of Colorado, Colorado Springs for quickly implementing this common-sense policy reform,” ADF Senior Counsel Travis Barham said in a press release. “It would be absurd for the university to require the vegan student group to appoint a meat-lover as its president. Thankfully, the university quickly fixed its policy by adding provisions that respect students’ rights to free association, no longer forcing Christian students to let atheists or other non-Christians to lead their Bible studies in order to become a registered club.”

The lawsuit, Ratio Christi at the University of Colorado, Colorado Springs v. Sharkey, challenged the university’s policy which allowed UCCS officials to deny registered status to a group because the organization selects leaders that share and will advocate for the organization’s religious or political philosophy.

“Like any other student group at a public university, religious student organizations should be free to choose their leaders without the government meddling,” ADF Senior Counsel Tyson Langhofer said. “Today’s university students will be tomorrow’s legislators, judges, university presidents, and voters, and we’re grateful the University of Colorado, has chosen to correct course, encourage diversity of thought, and protect students’ constitutional freedoms.”