USA Hockey player to take her faith to Olympics

USA Hockey’s Gigi Marvin Taking Faith and Strength of Jesus to 2018 Olympics. ‘It’s About Sharing Christ and Leading Others to Him’.

KANSAS CITY, Mo.—For the U.S. athletes gearing up for the Olympic Winter Games, all the training and preparation comes down to a few moments over two weeks in PyeongChang, South Korea.

Countless hours, sweat and sacrifice go into the biggest competition of their lives. Not only do Olympic athletes hold the weight of their personal performance within, but also heap an entire country’s expectations upon their shoulders. The pressure is so immense that even a split-second could save or shatter their dreams.

During the Winter Games, the Fellowship of Christian Athletes (FCA, www.fca.org) is praying for athletes from around the world, as well as the chaplains who will support these world-class competitors. Chaplains will be present to provide a listening ear or a wise word—much-needed relief from the constraint of the world’s stage while guiding restless hearts to freedom in Jesus.

The most recent FCA Magazine profiles several Olympic-caliber athletes who share about their faith journeys in advance of the some of the biggest sports moments of their lives.

In the January/February 2018 issue, USA Hockey standout Gisele “Gigi” Marvin writes in an essay titled “More Than Medals” that she knew hockey would be part of her life while growing up in “Hockeytown, USA”—Warroad, Minnesota.

“I still remember watching women play hockey in the 1998 Nagano Winter Olympics, and I dreamed I would be able to do the same one day,” Marvin wrote. “I knew early on, though, that it wouldn’t be possible without the support of my family and friends. Fortunately, I was blessed to be part of a terrific family with the best parents who loved and cared for me and my younger brother.

“Sports were important to us, but I’m grateful that church was a non-negotiable aspect of our lives,” she added. “My mom gave me my first Bible and she modeled to me the servant heart of Christ. My parents also helped me understand at a young age that God had given me this amazing talent to play hockey. It was so natural for me, and it was evident it was a gift from Him.”

Marvin’s God-given gift allowed her to experience success at every level of youth hockey and gave her the opportunity to play at the University of Minnesota, where her life and walk with the Lord was radically changed because of an invitation to an FCA Huddle her first day on campus.

“I’d known of FCA from high school, so I looked forward to going, but I didn’t realize how special my time there would be,” Marvin said. “From the first Huddle I attended, I felt like the people there spoke life into who I was and who I could become in Christ. It gave me confidence and encouragement to keep going down the path God had already prepared and planned for me. It was at FCA—and through a mentoring and discipling relationship with another athlete—that I truly learned the difference between religion and a relationship with the Lord. I learned to remove my performance mentality, striving to attain my salvation, and instead I allowed the Holy Spirit to live through me.”

At the University of Minnesota, Marvin continued in FCA leadership, all the while playing hockey and loving it. She realized, though, that God had placed her at Minnesota not for hockey—but for Him.

“That just solidified my heart,” she shared. “I felt Him say, ‘Gigi, you are here for Me. To grow in relationship with Me, and to share that with others. That’s why you’re here.’ My journey since that time has been one of faith and trust in the Lord to lead me where He wants me to be. By His grace, my childhood dream came true two times when I competed as a member of Team USA at the 2010 Winter Olympic Games in Vancouver, winning the silver medal. Then, in 2014 at the Winter Olympics in Sochi, we won another silver medal.

“But all the success and accolades I’ve experienced haven’t come without trials and setbacks,” Marvin continued. “I’ve been cut from teams. I’ve faced injuries, position changes and uncertainties that, under my own power, I couldn’t have overcome. But God has used each of those points in my life to draw me closer to Him, to teach me what it means in Proverbs 3:5-6: ‘Trust in the LORD with all your heart; do not depend on your own understanding. Seek his will in all you do, and he will show you which path to take.’”

After the 2014 Games, Marvin took a year off and enrolled in a discipleship training school. Her experience there transformed her life once again, opening her heart up for who God is, who His people are, and what He’s called her specifically to do.

“I’m back on the ice, proudly wearing the ‘USA’ across my sweater and representing my country, but my mission is more than winning another medal or championship,” Marvin says. “It’s about sharing Christ and leading others to Him. I know my worth is not found in what I can achieve in this game. Instead, my identity and value is only found in Christ, my Redeemer and Lord.”

Marvin and the rest of the USA women’s hockey team will play early in the Games, on Feb. 11 against Finland in the preliminary round, then versus the Olympic Athletes from Russia (OAR) on Feb. 13. 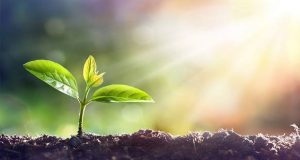 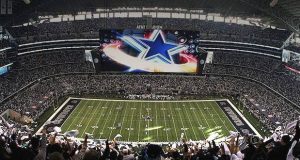 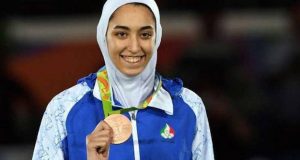 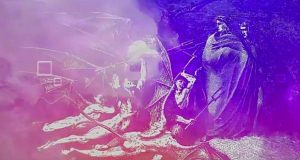 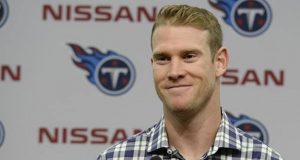