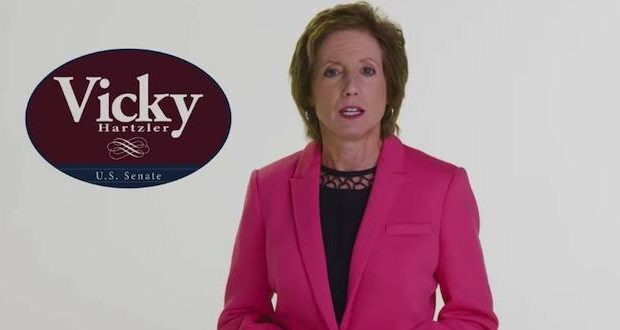 “I’m going to sort out the Senate race for you,” she said in the spot. “I follow the rules, I stay out of trouble and when I need to see a hairdresser, I make an appointment. We need a senator who tells the truth and keeps her word. That’s me.”

Greitens stepped down as Missouri’s chief executive in 2018 amid multiple investigations into sexual misconduct and campaign finance allegations. During his tenure, lawmakers probed allegations of misconduct stemming from his extramarital affair with a hairdresser whom he tied up in his basement.

The woman, who had been Greitens’ hairstylist, told a state investigative committee that Greitens was “controlling” during an encounter on March 21, 2015, tying her to pull-up rings in his basement and tearing her shirt and pants without her consent. She also told the committee she felt compelled to perform oral sex in order to be allowed to leave his basement.

The year that Greitens served as Governor created perhaps the most tumultuous political year in Missouri history.

The commercial also mentions that Hartzler, who is the frontrunner, was among a group of lawmakers sanctioned by China amid a dispute over how the country treated its Uyghur people. Both Greitens and Attorney General Eric Schmitt have gone toe-to-toe over which candidate has closer connections to China. “I don’t want their money, and I don’t do their bidding,” Hartzler said in the ad.

The television spot is airing in multiple major markets across Missouri, including Kansas City, Columbia, Springfield and St. Louis.

Schmitt led the field of Republican contenders in fundraising for the third quarter, bringing in nearly $652,000. However, Hartzler ended the period with the most cash on hand at more than $1.65 million.

“Missouri conservatives have been searching for a fighter in the race, and Vicky is the answer,” Hartzler campaign manager Mike Hafner said. “Vicky is a fighter who won’t quit, with a proven track record of results that back up rhetoric. This is the heavyweight match for U.S. Senate, and the truth is that Vicky is the only candidate in the race who is not afraid to take on Eric Greitens.”

Aside from Hartzler, Schmitt and Greitens, Congressman Billy Long and attorney Mark McCloskey are jockeying for the Republican nomination. Blunt is not seeking re-election.

Hartlzer has raised over $1 million to fund her grassroots race.