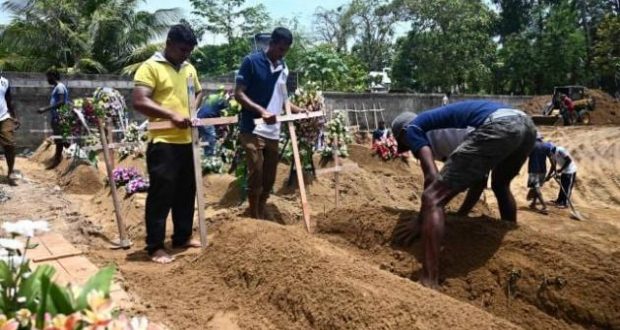 The death toll from suicide bomber attacks against Christians in Sri Lanka has risen to 359 with more victims dying each day. Police say that dozens of suspects have been arrested and are now tying the Easter morning slaughter to ISIS.

Police spokesman Ruwan Gunasekara also said on Wednesday morning that 18 suspects were arrested overnight, raising the total detained to 58. The prime minister warned on Tuesday that several suspects armed with explosives were still at large.

Another top government official said the suicide bombings at the churches, hotels and other sites were carried out by Islamic fundamentalists in apparent retaliation for the New Zealand mosque massacre last month.

New Zealand Prime Minister Jacinda Ardern said on Wednesday her government was not aware of any intelligence suggesting the Sri Lanka attacks were in retaliation for the Christchurch mosque attacks that killed 50 people. The Islamic State group has claimed responsibility for the Sri Lanka attacks and released images that purported to show the attackers.

As he stood among the newly dug graves of his compatriots, one man fell to his knees and said a prayer.

The expression on Melton Roy’s face is one of pain. 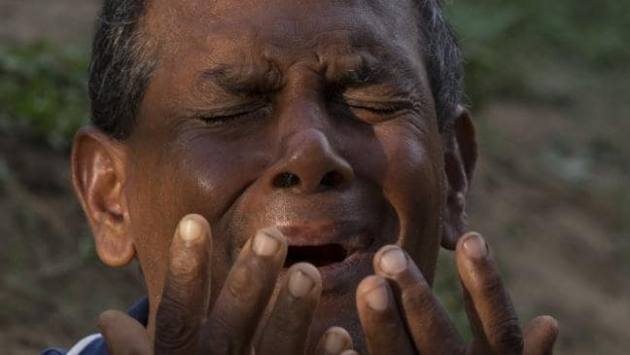 Melton Roy grieves over the graves of those killed in attacks.

He thanked God for protecting the five members of his immediate family from harm and prayed for the lives of the people who were affected.

Today, Sri Lanka is continuing to bury those who died in the Easter bombings, as the death toll rose to 359.

In the city of Negombo, Cardinal Malcolm Ranjith, the archbishop of Colombo, held a funeral service in the courtyard of St. Sebastian Church where 110 people were killed in one of the bombings.

It was there Roy fell to his knees while the bodies were being buried.

Hundreds of military and police personnel attended the service, and nuns, priests and community members were frisked as they arrived.

Because of the toll, the service lasted several hours, with caskets brought in three and four at a time accompanied by sobbing relatives.

The coffins were then taken to a mass burial site and covered by three earth movers. Elsewhere in Negombo, where soldiers stood every few metres, private memorials were held with tents set up on lawns for guests.

Because of security fears, the military employed special police powers it last used during a devastating civil war that ended in 2009.