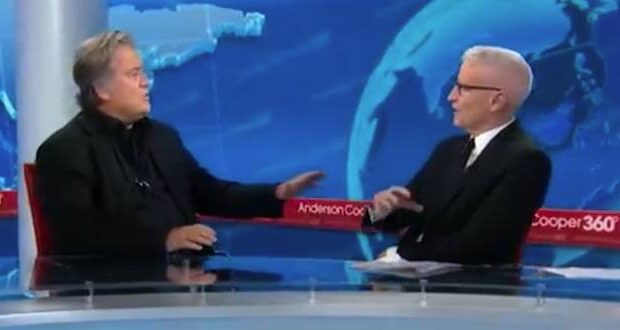 Steve Bannon pleaded not guilty after he was arrested and charged with fraud over his alleged involvement in an online scam that raised more than $25 million to help fund a privately owned wall along the U.S.–Mexico border. In a court appearance on Aug. 20, Bannon, 66, pleaded not guilty. A judge set his bond at $5 million.

The magistrate judge approved Bannon’s release on $5 million bail, secured by $1.75 million in assets, according to The Associated Press.

Bannon served in the administration of President Donald Trump for just seven months in 2017 before being forced out, say insiders.

Three others, including operator Brian Kolfage, were charged with allegedly defrauding donors out of hundreds of thousands of dollars via online platforms such as GoFundMe.

According to its website, “We Build the Wall” stated that it “will focus on building portions of a U.S. Southern Border wall and manage the support operations required for, and the processes associated with, the design, engineering, construction, and maintenance of the wall.”

Kolfage wrote Aug. 19 that his organization deleted his page on GoFundMe, accusing it of “censorship” and will be “taking our business” to another platform.

In December 2018, Kolfage and others created the online crowdfunding campaign via GoFundMe called “We Build the Wall” that raised more than $25 million to build a section of wall along the border.

“As alleged, the defendants defrauded hundreds of thousands of donors, capitalizing on their interest in funding a border wall to raise millions of dollars, under the false pretense that all of that money would be spent on construction,” acting U.S. Attorney Audrey Strauss said in a statement about their arrests.

The Department of Justice (DOJ) said they used the money “for a variety of personal expenses, including, among other things, travel, hotel, consumer goods and personal credit card debts.” Kolfage is accused of using the money for “home renovations, payments toward a boat, a luxury SUV, a golf cart, jewelry, cosmetic surgery, personal tax payments, and credit card debt,” said the agency.

An indictment alleged that a non-profit controlled by Bannon acquired $1 million from the plot, “and at least some of it was used to cover hundreds of thousands of dollars in [his] personal expenses.”

President Donald Trump, speaking to reporters on Thursday, said that he hasn’t spoken with Bannon in some time.

Bannon “was involved … in our campaign, and for a small part of the administration, very early on. I haven’t been dealing with him at all,” Trump said. “I don’t know that he was in charge. I didn’t know any of the other people either,” he added.

Bannon resigned from his White House post in August of 2017, but former chief of staff John Kelly reportedly asked the former Trump strategist to do so instead of being fired. Trump distanced himself from Bannon in January 2018 almost a year before the fundraising effort was launched.

“As everyone knows, President Trump has no involvement in this project and felt it was only being done in order to showboat and perhaps raise funds,” McEnany said. She referred journalists to a July remark from the president which criticized the fundraising effort.

Tagged with: arrested bannon fraud fundraiser we build the wall