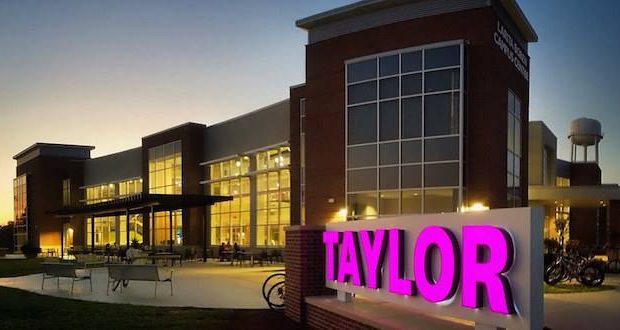 ‘What are these people smoking?’ Franklin Graham calls out Taylor students for attacking Mike Pence

Franklin Graham is calling out some Christian university students and alumni who are viciously attacking Vice President Mike Pence after he was announced as the commencement speaker for Taylor University.

Fox News reports more than 3,300 people have signed a change.org petition to have Pence’s invitation rescinded by the school, alleging the “Trump-Pence Administration’s policies” are “not consistent with the Christian ethic of love we hold dear.”

Located in Upland, Indiana, the administrators of the small evangelical Christian college are standing by their decision to have the vice president deliver the address at the school’s graduation ceremonies scheduled for next month.

Kevin Holtsberry, a Taylor alumnus, told Fox News the outraged alumni and students are mistaking disagreement on political issues with personal attacks, while also thanking the school for “standing firm” and not pulling Pence’s invitation.

“The vice president has very orthodox Christian beliefs – very traditional beliefs – that a vast majority of Christians believe. His political views are shared by a large section of America, so it’s not a radical choice, and I think people should be able to engage and disagree with his views and do it in a mature fashion,” he said.

Franklin Graham also took the opportunity to call out the students and alumni who have objected to Pence’s appearance at the school.

In a post to his Facebook page on Tuesday, the evangelist wrote: “For the life of me I don’t understand this. Some students and alumni at Taylor University in Indiana, a Christian college, are objecting to Vice President Mike Pence speaking at their upcoming graduation commencement. They should be absolutely thrilled.” 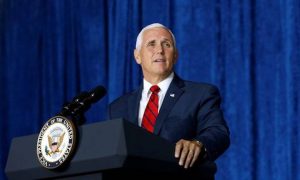 “But instead, this group started a petition to rescind the invitation because they say the Administration is ‘not consistent with the Christian ethic of love we hold dear.’ What are these people smoking? This reminds me of Paul’s words, ‘You foolish Galatians! Who has bewitched you?’ (Galatians 3:1). Vice President Mike Pence recently told CNN that he is ‘a Bible-believing Christian.’ Is that what they are objecting to?” Graham asked.

“I appreciate the fact that Taylor’s president, Paul Lowell Haines, has stood firm on the decision to invite the vice president and publicly praised him as a ‘good friend to the University over many years,’ and ‘a Christian brother whose life and values have exemplified what we strive to instill in our graduates.’ There couldn’t be a better, more qualified, more inspirational speaker for graduates to hear from or a better example for them to follow in life. Thank you, Mr. Vice President,” he concluded.

“Since making the announcement of Vice President Mike Pence’s upcoming commencement speech, we have received feedback from people on either side of the issue. Taylor University is an intentional Christian community that strives to encourage positive, respectful and meaningful dialogue. We look forward to hosting the Vice President next month,” Taylor University spokesman, James Garringer, said in a statement to Fox News.

Previous: ‘Crown of thorns’ saved from Notre Dame by hero priest
Next: Is this Indiana mayor who espouses faith the new Obama?