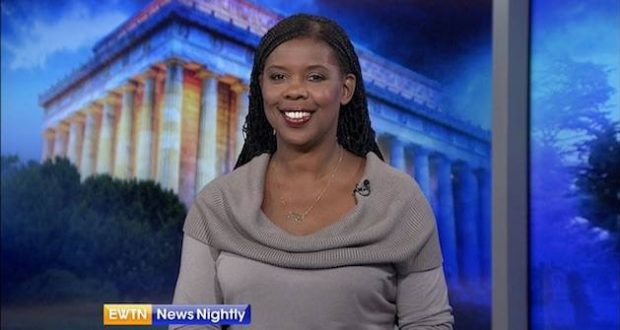 The University of Northwestern at St. Paul has banned pro-life speaker and Christian activist Star Parker from lecturing on its campus.

Students at the university’s Young Americans for Freedom chapter (UNW YAF) had been working for months to host a prominent conservative to address their peers, only to have their own administration strike down their plans, the chapter said in a press release.

In an email to the chapter, a university administrator told the group their “main concern is that it is an open event.”  Apparently “it would be different if you were having a speaker just come speak to your club. Speakers open to all UNW students would have more strictness.”

The administrator also claimed Parker holds radical views that the campus community would not agree with.

“Our staff has been very adamant about bringing speakers to campus who educate and expand worldviews, but we really don’t bring speakers who radically hold beliefs that UNW as a whole would not agree with,” the administrator wrote. “In the past UNW has stayed away from sensationalized speakers. I foresee us continuing to do this. After reviewing some of Star’s material online we didn’t feel she was a good fit for our community.”

According to The College Fix website, the university did not respond to its inquiries concerning the exact beliefs they object to, or how the university’s Christian identity related to the decision.

Seeking a reversal of the decision, representatives from UNW YAF requested a meeting with University of Northwestern President Alan Cureton.  They found Cureton to be just as resistant in letting Parker appear on campus.

Parker is the founder and president of the Center for Urban Renewal and Education. CURE has grown into a network of 800 pastors serving at-risk communities across the country. Her lifelong dedication to helping others was inspired by her conversion to Christianity, and this work has gone from consulting on federal welfare reform in the 1990s to her position today on the White House Opportunity Initiative task force seeking fixes for America’s most distressed zip codes.

Her contributions to the national discourse continue to this day as a television commentator, an appointee to the Frederick Douglass Bicentennial Commission, and as a popular campus speaker making more than 225 campus appearances including at Harvard, UC Berkeley, UCLA, UVA, and others.

“I accepted UNW YAF’s gracious invitation to defend life and traditional Christian principles,” Parker said in a press release. “Abortion has devastated the black community and is the moral crisis of our time. Christian universities are precisely where this urgent discussion should be happening.”

“I was excited to embark on this new adventure and thrilled that Star Parker agreed to come and speak to my campus,” founding UNW YAF Chair Hayley Tschetter said in a press release. “After doing a little reading on several YAF speakers, I thought she could address some relevant topics to our campus. However, many are too fearful of ‘controversy’ to allow her lecture to take place. Issues already divide campuses, Christians, and people nationwide—speaking about them will not cause a divide, it will bring the underlying issues to light and provide an opportunity for them to be discussed openly and civilly.”

The College Fix notes that UNW advertises itself as offering “Minnesota’s finest Christian education,” and is a private evangelical college.

Previous: Kansas Congressman at center to push Democrats to save babies
Next: Why Adam Hamilton is wrong about scripture and the UMC