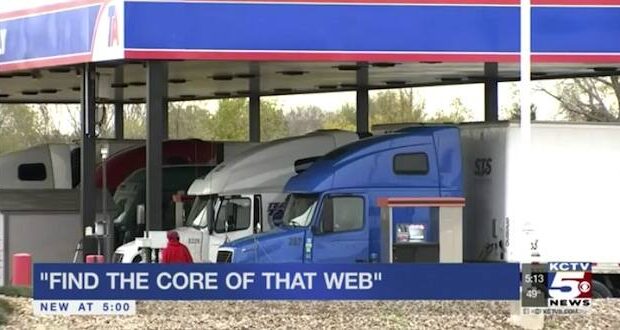 Five men were arrested in Oak Grove as part of an effort to crack down on sex trafficking in Missouri.

Authorities said 10 women were contacted and offered victim services, including food, lodging, onsite medical services, counseling and drug rehabilitation. Three children under the age of 5 were also rescued and taken into protective custody and released to the Missouri Department of Social Services, according to the Oak Grove Police Department.

The Oak Grove operation had cooperation and investigators from a handful of state and local law enforcement agencies as well as the FBI, Department of Homeland Security and U.S. Marshal’s Service, along with multiple victim advocate groups including the Central Missouri Stop Human Trafficking Coalition. In a Facebook post, the Oak Grove Police Department said that because the investigation into this sex trafficking operation is ongoing, further details cannot be released.

Missouri is cracking down on human trafficking. The Hope Initiative, a new effort spearheaded by Attorney General Eric Schmitt, targets illicit massage businesses that may be engaging in human trafficking and advertising on illicit websites while posing as legitimate businesses.

The arrests are another step toward Schmitt’s goal of irradicating human trafficking in Missouri. Schmitt announced the Hope Initiative last week. The first phase of the recently launched initiative had resulted in 23 illegal massage parlor operators being evicted by their landlords. Schmitt also launched the Attorney General’s Office Human Trafficking Task Force, which consists of law enforcement and victim service providers from around the state working together to combat human trafficking, rescue victims and make Missouri communities safer.

Local and state public safety departments have been given additional resources by the Trump administration and effort is paying off. Across the nation, local authorities working with the Trump Justice Department, FBI and Marshal’s Service, have rescued hundreds of trafficked children and even more adults.

Law enforcement agencies throughout Missouri have participated in 18 human trafficking trainings so far this year; more are planned through 2021. According to Sgt. Bell, training is helping solve cases. Officers are becoming more aware and picking up on indicators that went unnoticed years ago.

The Human Trafficking Task Force will continue its investigation into the human trafficking case in Oak Grove over the weekend. Investigators are looking for more victims and potential suspects. MSHP could not release more details as the investigation is ongoing.

Previous: Ted Cruz slams Twitter CEO: “Who the hell elected you” to censor news?
Next: Economy breaks all records, grows at 33 percent