Home / News / Culture Watch / What freedoms do Americans value most? 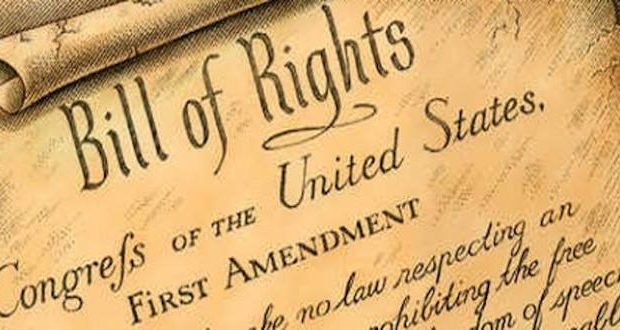 What freedoms do Americans value most?

A new study shows the vast majority of Americans do not understand their constitutional freedoms, and worse yet, cannot name many of them.

Of the 2,000 adults who took part in the poll, half thought that “liberty” is one of the five freedoms protected by the First Amendment, while nearly half (49 percent) believed “the pursuit of happiness” was included. A low three percent named “life” as one of the protected freedoms.

Despite the struggle with what should be common American knowledge, the survey — commissioned by the Samuel Hubbard Shoe Company — revealed that 57 percent of respondents feel the First Amendment is at risk in the nation’s current media climate and lack of confidence in once esteemed professions like journalism. Many people point to bias in the media and the rise of fake news as main reasons for their concern. One in seven admit they have trouble telling the difference between real and fake news, and an amazing 31 percent agree the mainstream media struggles to report the news of the day without inserting bias within their coverage.

“The online epidemic of misinformation, false news stories and election disinformation campaigns pose significant threats to democratic rights. The respondents’ alarm is well-placed,” says Alan C. Miller, founder and CEO of the News Literacy Project, a national nonpartisan education nonprofit that teamed up with Samuel Hubbard to bring awareness to the First Amendment, in a statement.

When it came to how participants valued the five protections under the First Amendment, the vast majority — a whopping 84 percent — agreed that freedom of speech is the most important protection. Respondents ranked freedom of religion as second-most important, followed by freedom of the press, freedom of assembly, and freedom to petition the government.

Samuel Hubbard has launched a shoe line called the Freedom Collection in which each shoe has the First Amendment engraved on its sole.

The survey was conducted in October 2018 by market researcher OnePoll.

Tagged with: america americans bill of rights constitution freedom of freedoms knowledge poll what is

Previous: New REAL ID being issued for air travelers in Missouri
Next: How to reduce health risks by understanding AFib