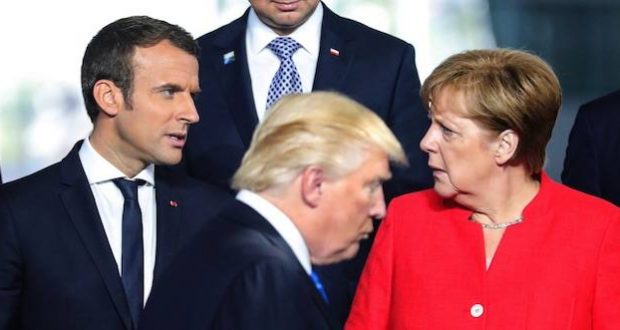 Who’s popularity has plunged to just 25%?

Once touted as the John F. Kennedy of Europe, French President Emmanuel Macron has seemingly been cast out of “Camelot.” His popularity has dropped to just 25 percent, according to a major tracker poll published on Sunday.

The poll by research group Ifop was published in the Journal du Dimanche a day after a nationwide “yellow vest” protest against high fuel prices that analysts say, along with backlash against uncontrolled immigration, has come to represent widespread frustration with the 40-year-old president.

The results of the widely watched poll showed an overall fall of four points in November from the previous month, with only four percent of respondents saying they were “very satisfied” with Macron’s performance, while 21 percent were “mostly satisfied”.

Macron’s unpopularity is one reason his criticism of President Trump didn’t carry much weight on the Continent or the U.S. It is not just Macron who’s polls have dipped into uncharted territories. Every major European leader has similar or slightly higher approval ratings.

Germany’s Angela Merkel has been forced into retirement after her term ends and Britain’s Theresa May could lose her job as early as Tuesday. Merkel and Macron had positioned themselves as a counter-weight to President Donald Trump but found he is still very popular in what would be called the “heartlands” of their nations–just like in the United States. 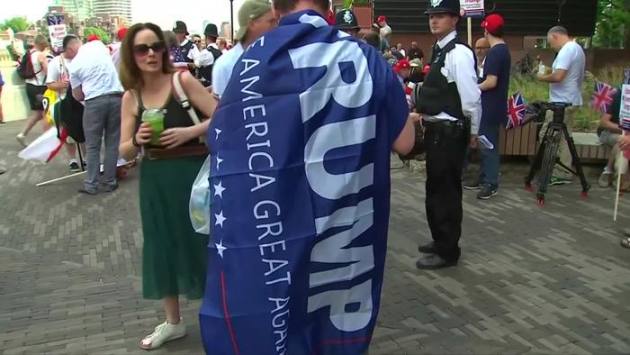 When Trump visited Britain earlier this year, protests erupted in London including a large baby Trump ballon in diapers that floated above the city. But, as the motorcade traveled through England, tens of thousands of middle-class Britons lined streets cheering the president’s name and waiving American flags. In interviews, many of these Brits said they felt the American president spoke for them, unlike their own elected leaders. The images and comments were not carried on American cable news shows.

Trump, on the other hand, would be allowed a slight smirk if he wanted it this week. His approval ratings remain among the highest of any elected leader in the Western World and are currently higher than either George Bush or Barack Obama at the same time in their presidencies. Even with Republicans having lost control of the House, Trump’s popularity with middle-America is something that is not lost on the socialists struggling to retain power across Europe and Latin America.