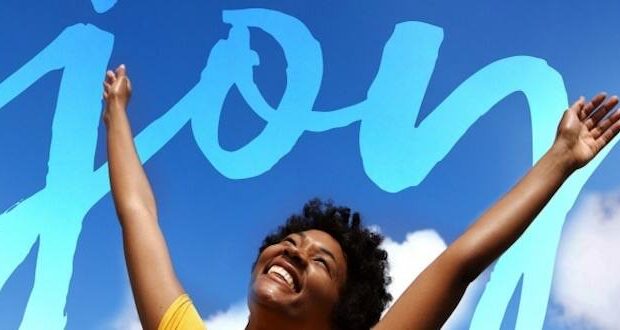 When this person found Christ, that meant finding joy.

My side-job as a faith-and-values columnist requires me to read more about religion than any sane person ought to.

I pore through national newspapers — The Wall Street Journal, The New York Times, The Washington Post — religion-oriented websites, polling organizations’ reports and any place else I can think of, looking for topics I hope will be of interest to you readers.

It occurred to me recently that I couldn’t remember even one piece among the thousands I’ve read that touched on the central factor that helped me become a practicing Christian long ago and has kept me in the fold since. 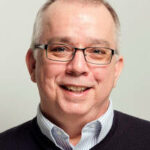 I’m speaking of the sheer, inexplicable, even ecstatic joy at the heart of the Christian faith. It’s a joy I’d never experienced before, never knew existed, until I became a practicing disciple.

Maybe the faithful of other religions are filled with joy as well. Maybe there are nontheists who experience abiding joy. I don’t know, because I’m not deeply involved in those circles. I make no judgments. But I can speak of my own religion.

Recently, my congregation celebrated our annual Founders’ Day, a time when we look back to where we came from. As I prepared my sermon for that Sunday, as I considered the passing of decades, I recalled how delightfully liberating my early years as a Christian felt.

I’d managed to burn myself out quite early in life. I drank hard and partied and blasphemed, a pantywaist rebel with a nihilistic chip on my shoulder. By age 21, I was emotionally and spiritually spent — an empty, withered husk.

That’s when I stumbled, pretty much literally, into a prayer group of charismatic/Pentecostal Christians. To my shock, they loved and accepted me as I was. They didn’t lecture me or shame me. They were so happy all the time. They seemed to like everybody — those inside their group and those outside.

I asked them how they got that way. They introduced me to the Holy Spirit.

That changed everything. Going in, I’d felt I was already a Christian at some sort of vague and nonpracticing level. But I’d never asked God to fill me with the Holy Spirit because I hadn’t understood there was any such spirit to ask for. I’d thought I had all there was, which wasn’t enough spiritual dynamism to blow the lid off a pop bottle.

Explain it however you want; you won’t offend me. The power of suggestion. Wishful thinking. Psychosis. Emotionalism. Anti-intellectualism. I’ve heard it all.

But whatever it was, it was for real. Asking the spirit to fill me with himself transformed me.

It was as if I’d been wearing a blindfold all my life and somebody yanked it off. I suddenly saw sunshine and grace and beauty everywhere.

I felt loved by God and I began to love others. I gave away what little money I earned because I didn’t care about it and wanted to help folks. I started treating people with grace and mercy instead of rejecting them through hubris and judgment.

All these things were contrary to my nature. They seemed to arrive out of nowhere.

It was so much, well, fun. More fun than I’d ever known.

This wasn’t something that happened for a week or a month and then faded. I’d become a new man, with a new lens for perceiving God, others and myself.

Of course, I’ve long since run into many barriers. That’s how life goes. I’ve experienced wounds and losses. I’ve failed often. At one point, around the turn of this century, I battled clinical depression. I still endure doubts about God. All of that is to say, I’ve lived these past 45 years on the same planet as every human.

Somehow, though, underneath the twists, aches and setbacks, that initial joy has remained. It’s what the scriptures call a “joy unspeakable and full of glory.”

When I talk candidly with other Christians, they frequently recount stories similar to mine. And yes, before you say it, many other Christians appear not to have experienced a lick of joy. Some are vicious, miserable spawns of the devil, I’m afraid.

But mainly there’s just something profoundly freeing, something soul-lightening, about our faith, at least as I’ve encountered it. We find a mischievous Lord who’s a personal friend, a benefactor, a guide. He’s the one who said, “I’ve come to make your joy full.”

It’s hard to express precisely. This ineffable mystery has caused me and myriad others to remain faithful for many, many years. The great C.S. Lewis even titled his autobiography, “Surprised by Joy.”

All-pervading joy rarely gets reported on by the media or even among scholars. Still, it’s one key, perhaps the key, to understanding why Christians persevere.

Paul Prather has been a rural Pentecostal pastor in Kentucky for more than 40 years. Also a journalist, he was the Lexington Herald-Leader’s staff religion writer in the 1990s, before leaving to devote his full time to the ministry. He’s the author of four books. You can email him at pratpd@yahoo.com.