Home / News / Columns / Why is Florida’s new railroad 5% the cost of California’s? 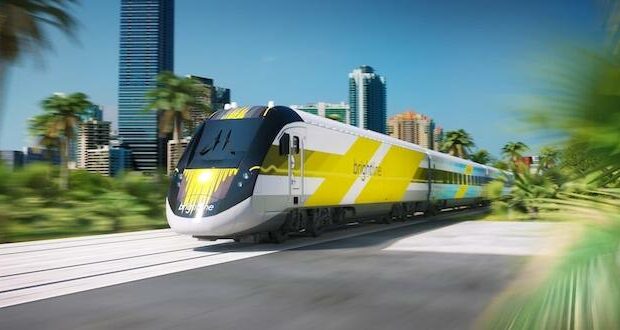 Why is Florida’s new railroad 5% the cost of California’s?

Florida is an example of how a railroad should be built but will the private endeavor convince politicians who are used to spending money?

When the Federal Government ordered the construction of the Interstate Highway System in the 1950s and 1960s (at a cost to taxpayers of roughly $580 billion in 2022 dollars), it all but killed America’s privately operated passenger railroads. Since then, rail travel in America has mostly consisted of government-subsidized Amtrak services of deteriorating quality that amble across the country, catering to a niche market of leisure travelers and those with no other options. On the busy Northeast Corridor between Boston and Washington D.C. there is still enough demand to operate a busy, profitable service, but elsewhere Amtrak’s services are too slow, inconvenient, and infrequent to effectively compete with highways and airlines.

But with gas prices rising and traffic congestion strangling many American cities, passengers, investors, and government planners are all reconsidering railroads. Several new projects have sprung up across the country, aiming to link major cities a few hundred miles apart, where a train might provide a more convenient journey than a plane, car, or bus. Some of these projects are led by state governments, others by private companies. The contrast between the two is dramatic. To illuminate that difference, compare the government-run California High Speed Rail project with Brightline, a new private rail system in Florida.

Approved in 2008, California High Speed Rail (CHSR) was expected to deliver a 520-mile two-track, electrified high-speed railway on an all-new route between Los Angeles and San Francisco by 2029. Fourteen years later, CHSR is now only expected to have a 171-mile single-track section between Madera and Bakersfield will be operational by 2030. Meanwhile the project’s cost has ballooned to $80 billion from an original budget of $33 billion, and costs are expected to rise further to $100 billion, or triple the original budget. 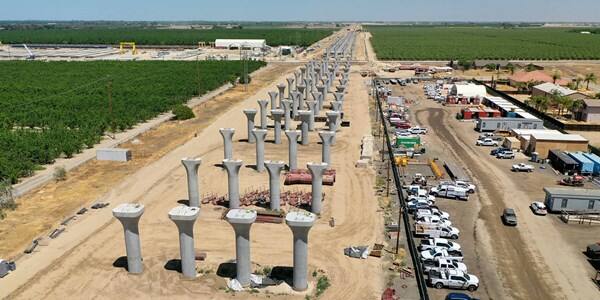 One of CHSR’s giant railroad viaducts over nothing. Credit: State of California.

Meanwhile in Florida, a very different kind of passenger railroad is already up and running. Brightline was launched in 2012 by the Florida East Coast Railway, a private freight railroad. Unlike CHSR, Brightline mostly uses existing routes, removing the need to acquire (or appropriate) large amounts of land. Instead of building the whole line before beginning any passenger services (as CHSR is doing), Brightline began construction on a 70-mile section from Miami to West Palm Beach in 2014 and opened it to passengers in 2018. This meant that Brightline already had an operational, revenue-producing service before embarking on the 170-mile northward extension to Orlando Airport. That extension is expected to open in 2023, and the entire project will cost about $1.75 billion, raised through private financing.

This equates to about $7.3 million per mile for Brightline, compared to $153.8 million per mile for CHSR (using the current $80 billion budget). Why will CHSR cost at least twenty times more per mile than Brightline? How has Brightline managed to deliver a high-speed intercity passenger rail system within ten years whereas CHSR needs twenty-two years to deliver an incomplete, scaled-down version of its original plan? Much of the answer comes down to the fundamental nature of public works projects such as CHSR.

In his Economics in One Lesson, economist Henry Hazlitt noted that many (if not most) public works projects do not even aim to address a clear need. Instead, said Hazlitt, they are justified in two ways: in terms of the jobs they create, and the end product they will produce. However, this overlooks the many alternative ways in which private individuals and businesses may have spent the money that the government instead appropriated through taxation and allocated to the project. When a private business spends money on a project, it expects a return on its investment. As such, it aims to provide a product it expects people to want or need.

However, a government agency advancing a public project doesn’t need to do this. The government can force people to pay for whatever undertaking it chooses, regardless of whether there is a real need, or whether the project is a wise solution for that need. The result of this, as Hazlitt notes, is that projects are created for their own sake, for the activity and job creation that follows, not to solve an actual need. Such a project does not deliver good value for money, as the motivation is not to produce the best product for the cheapest price, but to create a large project involving as much activity as possible.

The comparison between CHSR and Brightline is an excellent example of Hazlitt’s observation. Both projects will, if completed, provide a useful service that will benefit many people, but CHSR will do so using an astronomical amount of money that could have been put to myriad other uses. It will succeed in its goal of creating a project to generate activity, regardless of whether it ever delivers a viable or even operational railway. A private company considering providing a new transport option must assess demand for that new service, determine the likely revenue, and therefore how much it can afford to spend creating it. Brightline did this, planning its project with a budget proportional to demand and raising that money from investors who expect a return.

Conversely, CHSR’s budget is completely divorced from the revenues it will produce, and there is no expectation for it ever to make a profit. As such, the project is massively over-engineered, with numerous large viaducts that pass over empty desert, and several grand landmark bridges and structures designed more to look impressive than to satisfy a need. This, combined with CHSR’s promotional materials, show that the project is designed to “create” jobs and give California an impressive megaproject. In a recent press release, CHSR proudly celebrated having created 6,000 jobs for local workers—but it’s not even close to finishing the much-reduced central section of the high speed railway it’s building. Not only does Brightline have a system moving passengers and producing revenue, but it’s also provided Miami with a shining new retail and residential development above its station in the heart of downtown. This is because private railroads rely on more than just passenger revenues to pay the bills—they also get revenue from developing the property they own. This is commonplace in Japan, where private railways build and operate shopping malls around their city center stations, with the mall and the railway both driving up each other’s revenues.

We should let businesses identify demand and satisfy it accordingly. The resulting projects will do a better job of serving actual needs, will be more numerable, and will encourage more economic growth to fund further projects in the future. Private projects may not create as many jobs in the short term as public ones, but they create a far more prosperous economy in the long run. Brightline is now planning another railway to span the 270 miles between Las Vegas and Los Angeles. Let’s see how quickly it will deliver a completed project compared to CHSR, with the latter’s fourteen-year head start.

CHSR exemplifies what happens when the government manages a major project—delays, budget overruns, and needless expenditure. Brightline shows what is possible when a private business is in control. Sadly, America’s original railroads were driven out of business by government-funded roads and airports (many of which are now in dire need of repair). Let’s hope Brightline is the first of a new generation of private rail projects that will reintroduce some entrepreneurial spirit into the transportation industry in the United States.

Previous: How some food donation hurts people
Next: Missouri celebrates contributions of farmers and ranchers during National Agriculture Week