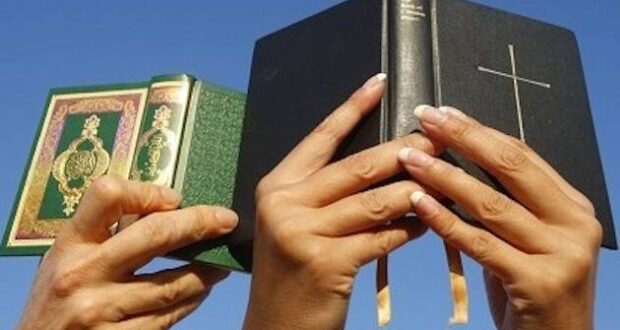 The Quran with Christian Commentary: A Guide to Understanding the Scripture of Islam by Gordon Nickel “offers a unique introduction to the primary religious text of Islam,” says Zondervan, a division of New York publishing giant HarperCollins, in a statement.

“No one can understand the Muslim mind without some solid knowledge of the contents of the Quran,” says Nickel, director of the Centre for Islamic Studies at South Asia Institute of Advanced Christian Studies in Bangalore, India.

“I knew from many years of studying and teaching the Quran that there are ways to read this scripture that allow readers to avoid confusion and rather to make sense of its main themes. I also noticed from my reading that the Quran often addresses non-Muslims directly and seems to demand a response to its claims,” he adds. 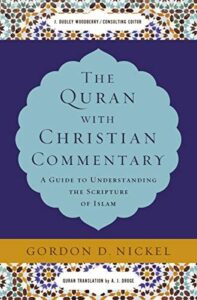 The publisher says the commentary is “factual, respectful of Muslims, and insightful on issues about which Muslims and Christians disagree.” It’s meant to equip Christians to “interact more fruitfully with Muslim believers.”

The commentary will be useful for those studying Islam and the Quran as well as for pastors and missionaries who minister among Muslims.

“Alongside a precise modern English translation of the Quran,” it carries “in-text notes to explain the meaning of various surahs (chapters) and ayat (verses), their interpretive history and significance in Muslim thought, and similarities and differences when compared to biblical passages.”

“Written at a readable level, any Christian who wants to learn more about Islam and the Quran will find it to be a rich and informative introduction,” the publisher says.

“Most of all I wanted to comment on all passages related to Jesus and the Gospel,” says Nickel, a former instructor at Trinity Evangelical Divinity School and the University of British Columbia. “The apostle Paul wrote certain penetrating words about ‘a different gospel.’ Christians are the custodians of the good news of salvation through the death of Jesus on the cross, the ‘People of the Gospel’ as the Quran describes them. As such they have a stake in the portrait of Jesus offered by a scripture written 600 years after the New Testament.”

The translation of the Quran is done by A.J. Droge, the author of Homer or Moses? Early Christian Interpretations of the History of Culture.

The book will be released in hardcover format on April 28. You can learn more below.

Metro Voice is an Amazon affiliate and receives funding when readers visit Amazon to investigate or purchase items.

Previous: Kansans create gridlock around Capitol, pressure governor to open economy
Next: The amazing story of the Trump family Bible and its revival connection