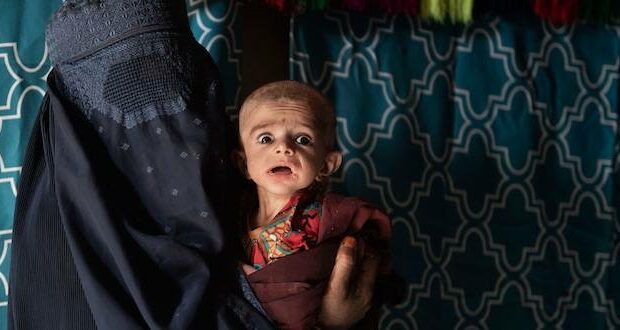 1 million Afghan children may starve to death this winter

A new initiative is asking Americans for donations this Christmas to help save Christians who risk death in Afghanistan during the brutal winter. Its goal is to provide a “safe winter” for the men, women, and children located there who are likely to starve if help does not arrive.

“Without our help these Christian families are going to die,” Jason Jones, founder of the Safe Winter initiative by The Vulnerable People Project, said in a Dec. 6 press release. “They are starving and freezing to death.”

The effort comes as other agencies and world bodies say the situation is critical.

The UN is also launching a global fundraising winter campaign to help forcibly displaced families in Afghanistan and elsewhere to cope with the most life-threatening months of the year, UNHCR Spokesperson Babar Baloch described it as “a crisis of hunger and starvation”.

The agency says 23 million Afghans are experiencing a food shortage.

The country is now facing a crippling economic crisis, and more than half the population is expected to face acute levels of hunger, according to a United Nations report released Oct. 25. This projection, representing nearly 23 million Afghans, is the highest ever recorded for the country.

While the international community pledged $1 billion in support to Afghanistan in response to a UN appeal in September, both the Food and Agriculture Organization (FAO) and the World Food Programme (WFP)—branches of the UN focusing on food assistance—said they are facing huge funding shortfalls as winter approaches. The WFP said it may require $220 million a month to address the food insecurity crisis, while the FAO is seeking $11.4 million in urgent aid for its humanitarian response.

“Hunger is rising and children are dying. We can’t feed people on promises—funding commitments must turn into hard cash, and the international community must come together to address this crisis, which is fast spinning out of control,” David Beasley, WFP’s executive director, said in a statement. “We are on a countdown to catastrophe and if we don’t act now, we will have a total disaster on our hands,”  he added.

Christian agencies are already on the front line attempting to raise awareness.

The Vulnerable People Project, run by the Human Rights Education and Relief Organization (H.E.R.O.) and led by Jones, began the new initiative after the United States withdrew its military from Afghanistan in August.

Jones, a U.S. Army veteran, Catholic filmmaker, and humanitarian, called on Americans to help Afghans who rely on his organization for shelter, food, wood, coal and propane. His project estimates that it costs $2,000 per month for each safe house and $250 per month to provide a family of five with food and heat through the winter.

“We know that the American people want to be involved and we want to show them how to support this urgent humanitarian initiative,” he said. “We have already helped to support safe houses in the region and because of our work, these vulnerable families are coming to us for shelter, food and heat.”

The United Nations warned in September that 1 million Afghan children could die as winter begins. Jones hoped to change that number.

UNHCR is appealing for increased support for 3.5 million people displaced by conflict inside Afghanistan, including 700,000 from 2021 alone.

According to Mr. Baloch, nearly 23 million people, or 55 percent of the population, are facing extreme levels of hunger – nearly nine million of whom are at risk of famine.

This year, UNHCR has assisted some 700,000 displaced people across the country, the majority since mid-August.

The UN agency is helping nearly 60,000 people every week.

“We will not stand by and let these people die,” he said. “During this Christmas season, there is nothing more admirable or noble than to reach out and provide a home and safety to those in peril of death — a little of our treasured resources will go a long way and will give the gift of life.”

He added, “Please stand with us as we stand with our friends, brothers and sisters in Afghanistan.”

“People are desperate for food and when they have multiple kids they want to make sure to feed at least some of them, and they think by selling them they will guarantee food for that child as well as the remaining family members,” Assady said.

Jones’ organization has been helping those in Afghanistan since August, and they plan to continue their work — with Americans’ help.

“Since August we have been helping evacuate people, provide visas and we have brought much-needed basic services to these people whose lives hang in the balance,” he said. “This is urgent. We need to help these people now.”

The Biden administration, seemingly caught off guard by the rapid breakdown of Afghan society, has been slow to react to the starvation threat.

The US froze nearly $9.5 billion of the country’s central bank assets following the Taliban’s takeover. As a result, the country’s banks are running out of cash, its currency lost 12.5% of its value, and food prices are higher if people can find it.

Previous: Religious Christmas postage stamps still point to ‘reason for the season’
Next: How does government welfare measure up against church or charity help?