Home / News / Church & Ministry / How does government welfare measure up against church or charity help? 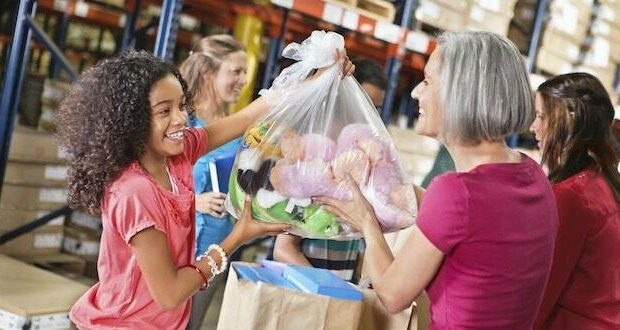 How does government welfare measure up against church or charity help?

It’s that time of year again, the time when Americans consume more than ever, but also the time when America highlights charity more than ever – including to the local church. Indeed, America’s generosity as a whole is actually quite extensive, with Americans giving $471 billion in 2020 to charity and churches, an all-time high. That’s more than what the vast majority of countries bring in for tax revenue. 80% of this is from individuals, according to Giving USA.

Americans, in general, are incredibly generous, with 25% of Americans volunteering every year from their local school to their house of worship. Converted to a dollar value, this is roughly $179 billion worth of work.

READ: These ministries that help women and kids need your help

Since the government started the “War on Poverty” 56 years ago, it has spent $27 trillion on this effort. And yet, it was only the beginning 7 years when poverty rates went down. Why? Well, one likely explanation is that welfare has taught people not to work, as governmental welfare dependency statistics have shown. Indeed, 93% of welfare recipients rely on welfare for more than 2 years. Charity, on the other hand, is not guaranteed, so it encourages people to take responsibility and become self-sufficient.

Another problem with government welfare is the bureaucracy. For example, studies have found that 70% of the money spent on budgeting for government assistance gets spent upholding the bureaucracies, with only 30% actually going to the poor.

Private charities like churches and synagogs, on the other hand, give over 70% of their proceeds to the poor. There are a ton of really good examples of this, like Feeding America, which can turn $1 into a shocking 12 pounds of food for the poor, or ten large meals.

In fact, raising half as much money from voluntary private charity instead of forced taxation is estimated to produce the same impact as the government, if not more.

Americans are a generous people, and we will step up and provide for the poor, especially if taxation is lowered through sensible cuts in welfare. Studies have found that “decreasing government funding increases the number of donors,” which makes sense because a decrease in public spending means the people have more money to spend themselves.

A huge welfare state is not a practical solution for America, and its one-size-fits-all approach simply isn’t working. The effects of the interventionist welfare state have been disastrous to taxpayers, communities, liberty, and the poor.

One reason for the inferior outcomes of government welfare is that government regulations are written in such a way that all similarly situated beneficiaries are treated equally.

Most government programs, for instance, distribute cash or other goods and services to all recipients without making any effort to distinguish between them. The sheer magnitude of government programs hinders individualization. For example, an illiterate homeless person cannot fill out a long governmental form, and some mothers do not know who the baby’s father is, so they cannot list his name on the required form.

On the other hand, charities provide custom solutions for everyone instead of a one-size-fits-all solution because charities are inventive, individualized, and flexible. Charities will not only be more cost-effective, but they will also provide the poor with more effective and humane care. Charities also foster a different attitude with both the donor and recipient because recipients learn that private philanthropy is a gift with reciprocal duties, not an entitlement. At the same time, donors understand that private philanthropy requires them to get involved personally. Spending someone else’s money, even for a noble cause, lacks compassion. True compassion necessitates active participation on the part of the individual.

All that to say, private charity constitutes a robust alternative to government welfare, one that is far more ethical and far more effective.