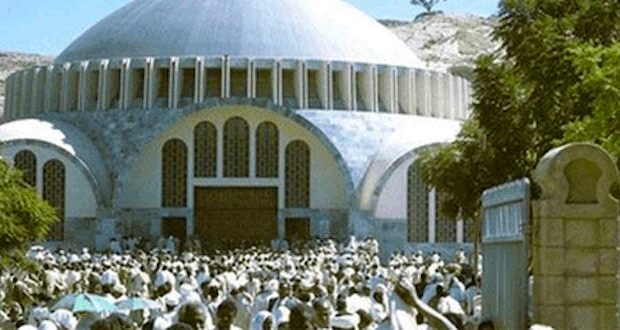 Church of Our Lady Mary of Zion

One of the largest mass killings of Christians in Africa is being reported. The massacre of 750 people occurred at the Ethiopian Maryam Tsiyon Church in Aksum.

The church, which for 100 years has claimed they possess the Ark of the Covenant described in the Book of Exodus, was reportedly attacked by Ethiopian government troops and Amhara militia, according to several eyewitnesses. The Belgium-based NGO Europe External Programme with Africa revealed the attack against the Church of Our Lady Mary of Zion.

Aksum is located in the Tigray region of the country and has seen heavy fighting since Nov. 4 when the region’s ruling political party known as the Tigray People’s Liberation Front (TPLF), captured the army base in the regional capital Mekelle.

That uprising was supposedly stopped after Ethiopia Prime Minister Abiy Ahmed ordered a military operation.  On Nov. 28, Ahmed announced military operations had ceased and federal troops controlled Mekelle, according to Reuters. But the TPLF continues fighting a guerilla war.

The UK-based Church Times reports accounts of the massacre have come from witnesses who fled Aksum and walked more than 124 miles to Mekelle. 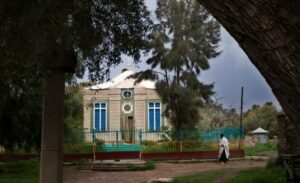 At least 1,000 people were reportedly gathering around the church when the attack began and many were shot on the square in front of the church.  Local residents said they believed the church was attacked in order to remove the Ark and take it to Addis Ababa.

Former BBC World Service Africa editor and Senior Research Fellow at the Institute of Commonwealth Studies, Martin Plaut, said that those who escaped the Aksum massacre had reported that the attack began after Ethiopian federal troops and Amhara militia approached the church, the U.K.’s Church Times reported.

“People were worried about the safety of the Ark, and when they heard troops were approaching feared they had come to steal it. All those inside the cathedral were forced out into the square,” Plaut was quoted in the paper.

Plaut added the church was not damaged, and the Ark may have been hidden before troops arrived on the scene, but none of that can be confirmed.

The website Eritrea Hub posted video footage of the aftermath of the massacre. It shows residents identifying one of the bodies of the 750 people who were reported killed in the attack.

The Ark of the Covenant is believed by Ethiopian Orthodox Christians to have been hidden in Aksum by Menelik I, the son of King Solomon of Israel. The kingdom of Aksum was one of the four great powers of the ancient world, and the town of Aksum is a UNESCO World Heritage Site, according to the Church Times.

Every year more than 100,000 people come to Axum from all over Ethiopia to commemorate the founding of this church, with many pilgrims coming on foot, having walked for up to a month. There is a celebratory atmosphere in the town, and “great spectacles for the visitor with processions of the clergy and deacons, with drumming, dancing and chanting,” according to the church’s denominational headquarters.

The ruins of the first church can easily be seen in the church compound – it was destroyed twice, in the 10th and 16th centuries. In the 17th century it was rebuilt by Emperors Galawdewos and Fasilides – that building is still standing, but is closed to women. In the 1950s Emperor Haile Selassie built a modern Cathedral, next to the old one, and open to both men and women. Queen Elizabeth of England attended the inauguration.
A chapel within the church compound is believed by Ethiopian Orthodox Christians to house the Ark of the Covenant, or the original tablets of Moses on which are inscribed the 10 Commandments, said to have been brought to Ethiopia by Menelik I, the son of King Solomon of Israel and Queen Saba, or Sheba.

In 2019, explorer Josh Gates was allowed a short interview with the priest who is reportedly the Ark’s caretaker but was not allowed inside the chapel to view or to photograph the Ark.

Humanitarian organizations have been unable to access the Tigray region to provide relief services. The United Nations estimates at least 2.3 million children have been cut off from food and other aid. More than one million people have fled the fighting with more than 50,000 refugees fleeing into neighboring Sudan.

Previous: Don’t play politics with your portfolio
Next: Orders still being taken for Choose Life plates