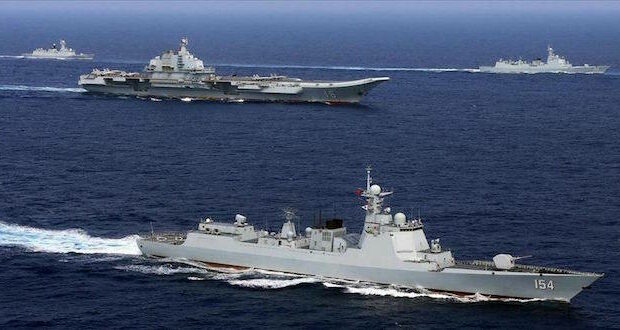 After US debacle in Afghanistan, China holds invasion drill near Taiwan

Responding to the Biden administration’s failure in Afghanistan, China is holding invasion drills near Taiwan. The exercises, meant to capitalize on the United States hastily abandoning its allies in Afghanistan, used fighter jets, anti-submarine aircraft, and combat ships operating off the southwest and southeast of the island.

In a brief statement that was released on Tuesday, the communist People’s Liberation Army’s (PLA) Eastern Theater Command said the drills were “using actual troops,” and “recent U.S.–Taiwan provocations … severely violated the peace and stability across the Taiwan Strait.”

Taiwan, which is a democratic and independent country but one that the Chinese regime claims as its own, has complained of repeated Chinese military drills in its vicinity in the past two years or so, as part of a pressure campaign to force the island to accept China’s sovereignty.

READ: Israel questions US commitment to allies after Afghanistan

The assault drills are different from those carried out as a matter of routine by the PLA. This week’s drills are near Taiwan’s southwestern and southeastern waters, in both the South China Sea and the Philippine Sea, and the Bashi Channel that connects the two seas, according to the PLA’s statement.

“It’s special and rare that the PLA performs a military exercise in both seas. In the military sense, the PLA wants to show that it can cut the U.S. Navy’s transportation line via the Bashi Channel to the South China Sea [from the Philippine Sea],” Su Tzu-yun, director of the Defense Strategy and Resources Division of the Institute for National Defense and Security Research in Taiwan, told The Epoch Times on Aug. 17. “[The drills are] indeed a threat to Taiwan.”

The United States Congress enacted the Taiwan Relations Act on April 10, 1979 to support Taiwan in deference to Beijing.

The “provocations” that the PLA claimed in its statement on Aug. 17 might include a meeting that was held last week, in which officers from the U.S. and Taiwanese coast guards discussed improving cooperation and communication.

On Aug. 4, the U.S. State Department approved a sale of $750 million worth of military equipment to Taiwan, which includes 40 self-propelled howitzers, 20 field artillery ammunition support vehicles, and other equipment. This also angered Beijing.