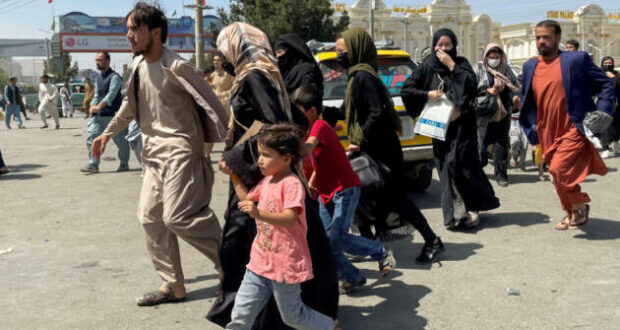 Officials in Israel are concerned about the chaos following the hasty and chaotic U.S. retreat from Afghanistan.

“The message being that America is withdrawing, that America is abandoning its allies, that America is leaving hundreds of thousands of civilians, particularly women civilians in Afghanistan to their fate at the hands of the Taliban,” Michael Oren, former Knesset member and ambassador to the United States said.  “If any American thinks that you can do that without serious geopolitical and strategic ramifications around the world, they’re kidding themselves.”

“The fact that the United States is leaving will empower groups like the Taliban and other extremists,” he said “It will also empower a lot of America’s, let’s say, adversaries or enemies or countries that want to take advantage of the decline of America in the region. So that would probably mean is what we’ll see is an empowerment for groups like Iran or extremists that feel they can target Israel,”

Oren said it will embolden others outside the region, too.

“I think that China will make conclusions about its position in the South China Sea, vis-a-vis, Taiwan; the Russians about their position in the Middle East and Eastern Europe and Ukraine,” he said. “It is human nature when people see a formerly very strong person withdrawing, they see a vacuum and vacuums are abhorred by nature, but also, by international relations. And they will fill up these vacuums.”

An added element, according to Frantzman, is how the Taliban was welcomed in other countries long before the pullout.

“The Taliban is ostensibly a terror army, and yet the Taliban was being hosted by China, Russia, Qatar, Turkey, I mean all these different places were kind of open to talking to them and I think what happens when the international community let’s say gives a red carpet or whitewashes these types of groups,” he said. “I think that’s concerning to Israel. because does it mean that Hamas and Hezbollah will get more red carpets now internationally and that would be very, very bad for Israel.”

While The Trump administration negotiated a partial pull-out with the Afghani government, it is the Biden administration that has implemented its own plan.