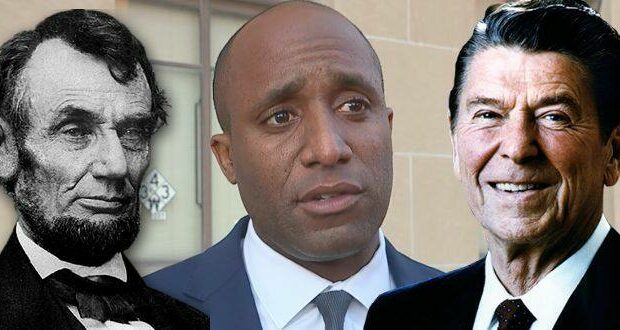 The Jackson County Reagan-Lincoln Dinner is scheduled for Saturday night, April 17 at Adams Pointe Conference Center in Blue Springs. The annual event is a fundraiser for the local GOP’s grassroots efforts and their GOTV, or Get Out The Vote effort.

Nola Wood, Vice-Chair of the Jackson County Republican Committee, says it’s an important event that pushes back against a false narrative about conservatives and Republicans. “The Republican party was founded as the voice of morality for people of faith: abolishing slavery, winning the vote for women, speaking up for the voiceless, and standing for the unborn,” Wood told Metro Voice.  “In recent decades the left has twisted the message so that many good people have been misinformed by people they should have been able to trust.”

This year’s event has caught the attention of cancel culture but it’s rallied others to attend. 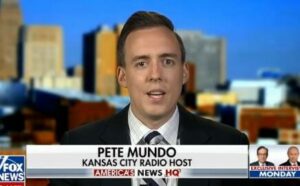 Saturday’s keynote speaker is Missouri Attorney General Eric Schmitt who has announced his candidacy for the U.S. Senate to replace Roy Blunt. Pete Mundo from KCMO talk radio 710am/103.7fm will emcee the evening.

Also speaking is Mark and Patricia McCloskey of St. Louis. They’ll share their story surrounding the incident last year outside their home when a group of 100 individuals broke into their gated neighborhood during a Black Lives Matter protest over the shooting of George Floyd.

This year’s event has become the target of cancel culture with the hotel saying they’ve received threats and calls to cancel the event.

The Chief has been under attack from the left, including from the Star, with demands for him to resign.

Local activists and the newspaper have attempted to blame Smith for Kansas City’s rising urban murder rate. Typically, mayors take responsibility for crime rates and Lucas has tried numerous programs to stem crime with none working to date. No similar calls for resignation have been made against Lucas, a Democrat.

“The left has thought they owned the cities, but many of us have realized we can’t abandon the city.  What is done in the city impacts the entire region, and the nation,” Wood says.

According to Wood, the Jackson County Republican Party is working hard to build their voice in the county.

Commenting on the controversy surrounding the police chief, Wood says it’s been good for ticket sales. “Thanks to our friends around the area, we are close to tripling our attendance from last year’s Reagan-Lincoln dinner,” she says. “We are standing up for our hard-working law enforcement and leaders who have been doing what’s right when it hasn’t been popular.

For those interested in attending the Reagan-Lincoln Day dinner, Wood says they are nearing capacity. There’s a VIP reception at 5:30 with dinner from 6:30 pm to 9:00 pm