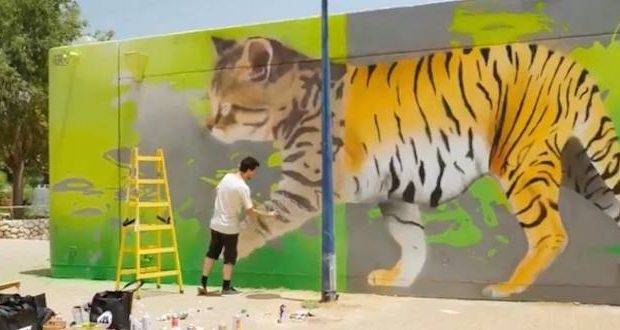 Artists descend on Israel to turn bomb shelters into art

SDEROT, Israel – When the anti-Israel Boycott, Divestment and Sanctions (BDS) movement started creeping into the world of street art, one group of renowned artists decided to speak out in their own way by painting bomb shelters.

The group calls themselves the ‘Artists 4 Israel’  and they recently descended on the Israeli town of Sderot to bring joy to residents.

“Artists 4 Israel started because we saw all of the anti-Israel art that was going on.  We noticed that in popular culture people were doing everything they could to demonize Israel and that they were beginning to move into the young, progressive, urban, contemporary arts category,” said Craig Dershowitz, co-founder of Artists 4 Israel.

Dershowitz said this group realized they needed to do something.

“We brought together a bunch of artists 10 years ago and started making pro-Israel art events around New York and since then it’s expanded to Israel and across the world,” Dershowitz said.

Since then this community of world-class artists has grown to 8,000, and they’ve brought more than 100 graffiti artists from 28 countries to encourage Israelis.

This time, seven artists came to paint in Sderot – a city that’s been in the path of thousands of rockets over years.  Sderot is an Israeli town of some 28,000 residents.  Every home has a bomb shelter and there are another 160 portable shelters on the streets.

The artwork may look like street art found anywhere in the world but it’s painted on bomb shelters, in schools and other public places. 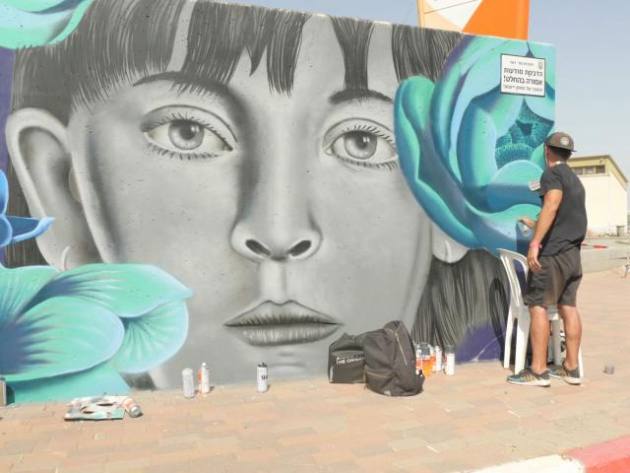 Hungarian artist Taker One painted one bomb shelter like a giant strawberry and another with a cat-tiger combo.

“The bomb shelters are weird but it’s a good thing we get to make them a little colorful,” Taker said. “I think that’s the main point of it to make these buildings that have a negative connotation to have something positive to them. So it’s a positive thing.”

Juuri is a Christian who prays over her art. This is her second time painting in Israel.  Last time, she painted in a community called Shtula at the spot where Israel uncovered a Hezbollah tunnel just a month later.  Now she’s in Sderot.

“This school is a school for special needs children.  They’ve had a rocket fall like few feet away from here and spray this building with shrapnel,” Juuri said standing in front of the outside school wall.

“You can see some of the shrapnel damage on the wall.  So I decided to paint them a big flower just to cover over that, just something beautiful. I’m Japanese American so this is a Japanese style flower that we do in Japan and this is a peony.  It represents bravery in battle in Japan,” Juuri shared. 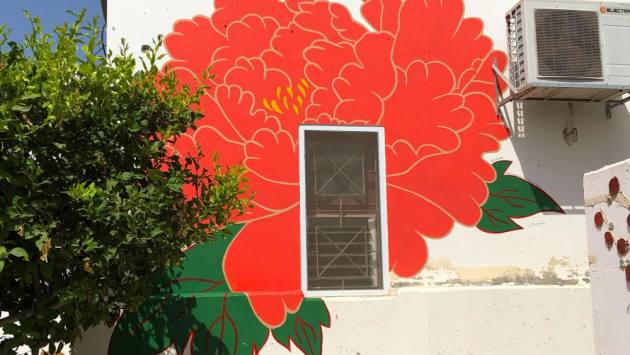 “Whenever I put murals on the walls I pray that everybody inside would be protected,” she added.

“It’s such a beautiful place and the people are so beautiful but then there’s this underlying fear that they live in all the time,” Skotnes said. 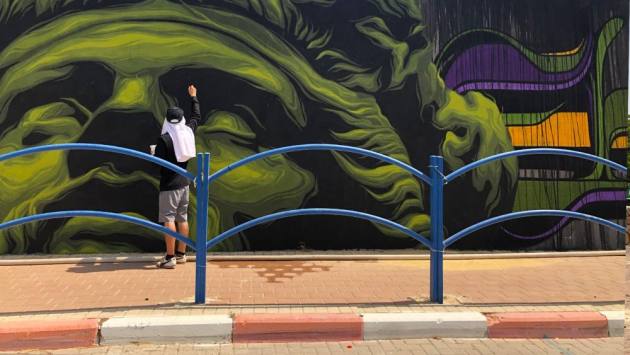 Speaking about his bomb shelter painting he said, “I wanted to depict King David – just being in Israel and the heavy religious aspects here and I just thought it kind of fit on this wall, him looking up to the sky in the heavens and then the design in the background is influenced by Hebrew letters.”

Skotnes said he sees this trip as a chance to donate his time for those in need.

“It fills my heart when I see the kids and how they light up when they see this kind of stuff,” he told CBN News.

Sderot Mayor Alon Davidi came to thank the artists and lend a hand.

“For people to come to a shelter it means they need to go to someplace to save their (lives).  They need to hide in something,” Davidi explained.

“So many times the children and the parents look about the shelter like it’s the dark part of the story and when you come you see a cat, you see a beautiful picture on the wall it make(s) the story a little better,” Davidi said. 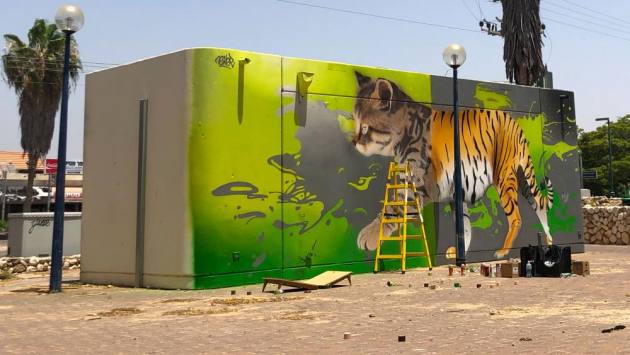 “You know the story of Sderot is not a small story.  It’s a big story and you’re part of our family,” Davidi told Dershowitz and Taker.  “So thank you very much that you stay with us a few days.”

Dershowitz said he’d like to bring more artists to Israel. He’s aiming stop to anti-Israel sentiments in places that don’t have an opinion before they take hold.

Previous: ‘The Farewell’ explores the fibs one family tells in love
Next: These 526 deaths didn’t make the nightly news…again