Persecuted Christian mother Asia Bibi has joined her husband and children in Canada, months after her acquittal of false blasphemy charges and her release from Pakistan’s death row.

After the acquittal, Bibi had been forced into hiding as Muslim mobs searched house to house in an effort to kill her.

Bibi’s attorney Saif-ul-Malook told several news outlets of her safe arrival in Ottawa within the past two days, first reported today (May 8).

“It’s a big day,” the Guardian quoted Malook as saying. “Justice has been dispensed.” Pakistani authorities had secured Bibi in secret since her October 2018 acquittal and subsequent January victory against an appeal by her accusers. Radical Muslim mobs had rioted for her death and have threatened to kill her. 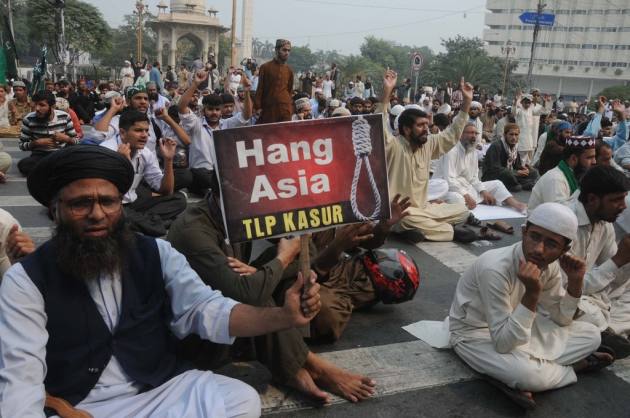 The 54-year-old mother of five is not well, having suffered depression from her ordeal of nearly a decade, Wilson Chowdhry, chairman of the British Pakistani Christian Association, told the Telegraph.

“She must be treated with utmost care and receive appropriate medical care now she is free,” Chowdhry said, according to the Telegraph.

Bibi’s husband Ashiq “has always remained hopeful of an imminent release from Pakistan,” Chowdhry said, “and we have both been shocked at how long it has taken.”

Bibi was released while other Christians are still sentenced to death in Pakistan on blasphemy allegations. Many countries have pledged with the U.S. to fight internationally for the freedom of those imprisoned.

As recently as Feb. 13, Open Doors USA told of Christian brothers Qasir and Amoon Ayub, sentenced to death in Pakistan in a blasphemy case dating to 2010. A coworker accused them after a statement was allegedly made insulting the worker’s sister, Open Doors said, and the Ayub brothers eventually were convicted by a judge who said they were guilty of insulting the “Holy Prophet” “beyond [a] shadow of reasonable doubt.” 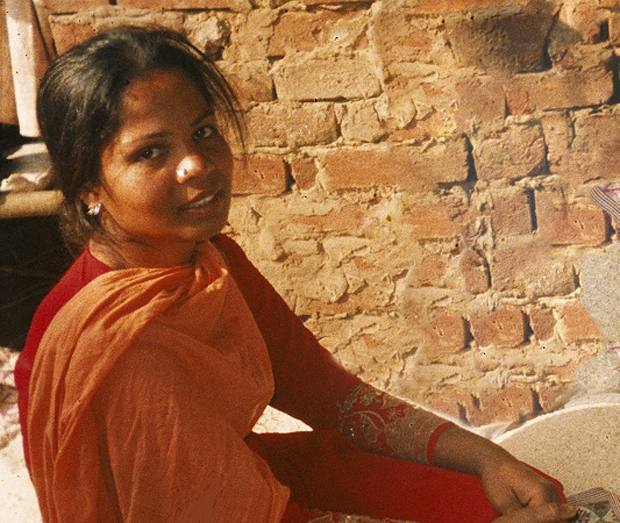 In Bibi’s case, she was sentenced to death by hanging in 2010 on charges of insulting the prophet Muhammad while working in a field as a day laborer in 2009. When Bibi offered a coworker a cup of water, the woman said Bibi’s Christianity made the water ceremonially unclean. This set off a chain of false accusations related to Bibi’s beliefs and backed by Muslim clerics. Bibi refused to convert to Islam.

Bibi’s daughter Eicham was 9 when she saw her mum badly beaten and in front of a mob charged with “blasphemy” against the Prophet Muhammad. For over 9 years, Eicham has visited her on death row in Pakistan. Finally, today, now a young woman at 18, Eicham and her older sister appear to have been reunited with their mother.

Accusations of blasphemy often are based on personal animosity against Christians, according to the U.S. State Department Ministerial to Advance Religious Freedom, describing them as “a pretext to justify vigilantism or mob violence in the name of religion or as a false pretense to settle personal grievances.” In addition to the U.S., the statement was signed by representatives from Canada, Sri Lanka, Armenia, Australia, Brazil, Denmark, Estonia, Georgia, Hungary, Israel, Kosovo, Oman, Poland and the United Kingdom.

“Asia Bibi is now free, and we wish her and her family all the best following their reunification,” U.S. Secretary of State Mike Pompeo said in a press statement.

William Stark, regional manager for International Christian Concern, said Bibi’s “case remains highly sensitive and the ignition point for many acts of religious hatred. It is our hope that Pakistan will be able to secure all Pakistani Christians, as extremists may seek revenge against their community.”

Pakistan is one of three countries, including Iran and Mauritania, where blasphemy is punishable by death, USCIRF said in a December 2018 fact sheet.

More than 40 people convicted of blasphemy are currently on death row or serving life sentences in Pakistan, the American Center for Law and Justice said in 2018. Hundreds are serving or have served prison terms ranging from three years to 10 years.

Since 1986 when Pakistan updated its blasphemy laws, at least 150 Christians, 564 Muslims, 459 Ahmadis and 21 Hindus have been jailed on blasphemy charges, according to Open Doors.

Pakistan is among 71 countries with blasphemy laws or similar legislation on the books, but most countries don’t enforce the measures, USCIRF said. Sudan allows corporal punishment by whipping while Russia and Kazakhstan punish blasphemy by forced labor. In nearly 60 countries, blasphemy carries a prison sentence, USCIRF said.