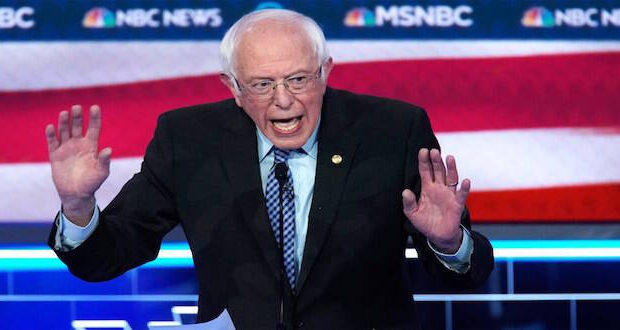 Bernie Sanders is doubling down on his radical view on abortion. The socialist Senator says he would only nominate Supreme Court judges who support abortions up to birth. He made the controversial statements to Democrats in Austin, Texas this week.

Sanders also says there is a Constitutional right to taxpayer funded abortions. That’s a view shared by all of the Democrat candidates.

In April, in response to a question about abortion up until birth, Sanders responded: “The decision over abortion belongs to a woman and her physician, not the federal government, not the state government and not the local government.”

That’s a view that the vast majority of Americans oppose.

For decades, abortion activists have relied on liberal judges to keep abortion on demand legal and unrestricted. But the Trump administration is ushering in change that could see human rights restored to unborn babies and religious freedoms for pro-life individuals protected.

“In 2016, a lot of us voted for President Trump solely on the promise of pro-life judges, half expecting the usual bait and switch. I am happy to say we are not waiting until after the next election. Promises made have been kept and will continue,” she said.

“Some 47 years ago, the Supreme Court created a right to abortion from whole cloth. With Roe v. Wade (and the accompanying Doe v Bolton), abortion was legalized and legitimized for all nine months of pregnancy, for any reason. Seven judges changed the course of history and, in the process, sentenced more than 60 million unborn Americans – so far – to death,” Clement explained. “We have made progress in protecting the unborn in many states, but every positive law that protects the unborn and their mothers ends up in front of judges.”

The pro-life stalwart believes the president has done an outstanding job getting the right judges on the court.

Some of Trump’s judges include Matthew Walden McFarland, a former member of the Federalist Society, a conservative legal group, and the pro-life organization Scioto County Right to Life. Fellow nominee Anuraag Hari Singhal, a Florida state judge, is a member of the Thomas More Society, a pro-life legal organization, and the Federalist Society. Another nominee, Daniel Mack Traynor, of North Dakota, served as a member of the Thomas More Society and the Christian Legal Society.

Since 1973, 61 million unborn babies have been aborted in America because of Roe v. Wade. The decision made the United States one of only seven countries in the world that allows elective abortions after 20 weeks of pregnancy.