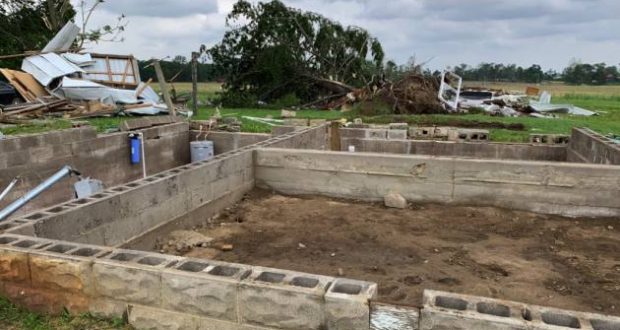 The house, including the floorboards, went flying but left a miracle Bible intact.

That scene in the Wizard of Oz where a house can fly, thrown into the wind by a tornado? It happens.

An entire home lifted off the ground by a massive tornado that ripped through northern Indiana and has the family awestruck.

Incredibly their prized family Bible was left completely unscathed, despite part of the house being blown a mile down the road. 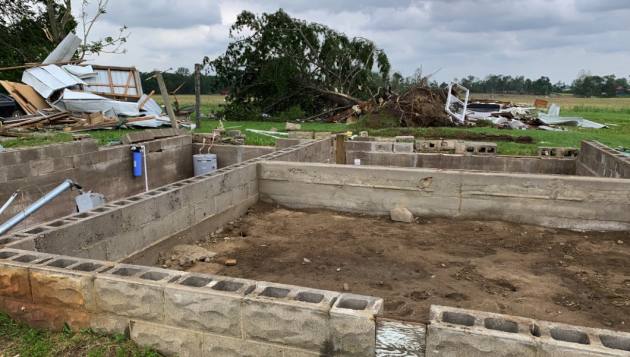 The house, including the floorboards, went flying but left a miracle Bible in tact.

Nancy Sander’s sister owned the part of the property that was completely ransacked by the ferocious winds. “She loved this place and the things, but had they been in the basement, they would have been sucked right out,” Sander explained to WTHR.

Nancy added that family members had found “her quilt in the woods over there and her red wagon in the swamp.”

The Bible, however, stayed put:

Luckily, the family were out of town in Florida when the EF2 twister struck. Judging by the photos of the destruction, had the family been at the house during the terrifying weather event, it could well have been fatal.

Though there was extensive damage across the area, no serious injuries have yet to be reported.

The National weather service has received a staggering 934 tornado reports this year, which is a massive hike from the usual yearly average of 743.

At least eight tornadoes have been reported on a daily basis for the past 13 days, according to AccuWeather, noting that there will be a welcome reprieve from extreme weather on Thursday thru Friday.