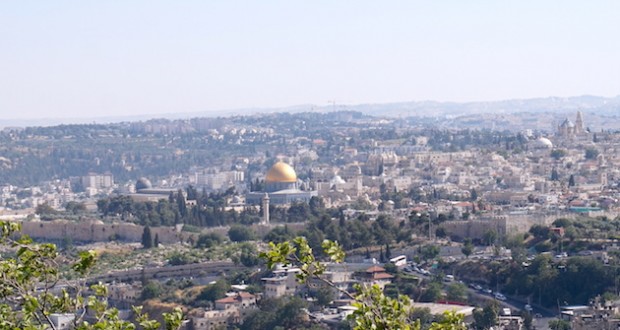 In a surprise move, the Biden administration will keep the U.S. embassy in Jerusalem. The announcement eases fears that the U.S. would abandon its most important ally in the Middle East. What’s more, Biden will continue to recognize the city as Jerusalem’s rightful capital – a central policy of the Trump administration.

In an interview with CNN’s Wolf Blitzer, the new Secretary of State Tony Blinken stated Biden would continue the policy of President Donald Trump who moved the embassy to Jerusalem in 2017. Since that time several nations have also moved their embassies with Kosovo, which signed a Trump-brokered normalization deal with Israel last week, saying it too would have an embassy in the Holy City.

JOIN US: Metro Voice is taking readers to Israel. Get more info.

Biden, though, has flip-flopped on his support of the embassy during his 40-year career. As a Senator, he said during a hearing at the Senate Foreign Relations Committee on February 23, 1984, that moving the U.S. embassy to Jerusalem “would speed up the peace process, and not slow it up.”  Those were almost the exact words of Donald Trump on the campaign trail. Biden’s views had changed by a 2019 interview with PBS Newshour, when he said he wouldn’t reverse Trump’s decision to move the embassy, but “I wouldn’t have done it in the first place.” 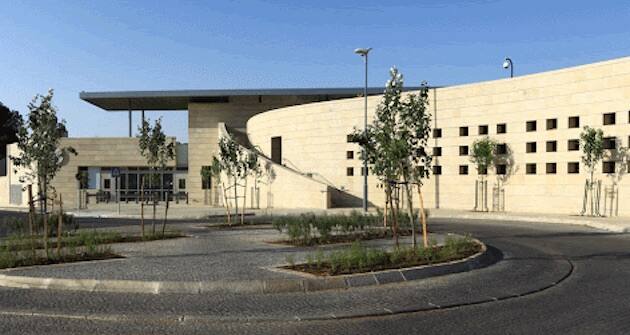 The US Embassy in Jerusalem.

The decision comes after the Senate recently voted 97 – 3 to support the embassy remaining in Jerusalem. Trump had fulfilled a campaign promise made during 2016 when he criticized all former presidents for not following through with a Congressional vote in the 1990s to move the embassy there. The lawmakers who opposed the amendment were Sens. Bernie Sanders (I-Vt.), Elizabeth Warren (D-Mass.), and Tom Carper (D-Del.).

The Jerusalem Embassy Act of 1995 recognized Jerusalem as the capital of the State of Israel and called for Jerusalem to remain an undivided city. That statement was opposed by the Clinton administration that was in negotiations with Palestinian leadership who claimed Jerusalem should be the capital of a future Palestinian state. The Act authorized funds to be set aside for the relocation of the Embassy of the United States in Israel from its location in Tel Aviv to Jerusalem, by May 31, 1999. Presidents Clinton, Bush and Obama all repeatedly signed six-month waiver of the application of the law, and reissue the waiver every six months on “national security” grounds. They continued this for two decades until Trump put a stop to it and ended the “kicking the can down the road” policy.

Barack Obama and former Secretary of State John Kerry both wrongly said that moving the embassy would be “explosive” and would result in increased conflict across the region.  Trump responded by securing a historic four peace agreements between Israel and its Arab neighbors with a fifth being signed in early February – after Trump left office. The Trump embassy move was welcomed privately by Arab heads-of-state tired of Palestinian leaders wasting billions in investments and refusing to negotiate with the U.S. and Israel.

But while Democrats supported the move publicly, that didn’t mean they were enthusiastic.

In 2017 the Senate voted 90-0 to move the embassy but,  According to The Post and Courier, not one Democrat was in the congressional delegation that attended the 2018 opening of the new location.

Critics said that anti-Semites in the party, such as Rashid Tlaib, had pressured Democrats to not attend while others said it was likely that they did not want to give Donald Trump the satisfaction of a major foreign policy move that was popular with the American people.

“You’d think one [Democrat] would have come,” said Joe Lieberman, a former Democratic senator who attended the opening, noting there were nearly 250 Democrats in Congress at the time.

In a rare sign of bipartisan support, Democrat Chuck Schumer of New York supported Trump’s actions, issuing a statement that “Every nation should have the right to choose its capital. I sponsored legislation to do this two decades ago, and I applaud President Trump for doing it.”

Trump’s U.S. Ambassador to Israel David Friedman in 2018 stated that “The inspiration [at the embassy’s opening in Jerusalem] was palpable. Candidly, it was a little bit of a relief, because we’ve been planning for this for 25 years and, thank God, it came. It was just an incredible moment, one that will probably take me weeks to process all my emotions.”

As for the historic peace agreements between Israel and its Muslim neighbors, few Democrats, including Joe Biden, attended any of the White House ceremonies.

Previous: Chelsea Clinton claims at age of 6 she left church over abortion
Next: Group pleads with Biden to stop Chinese genocide against Uyghur minority