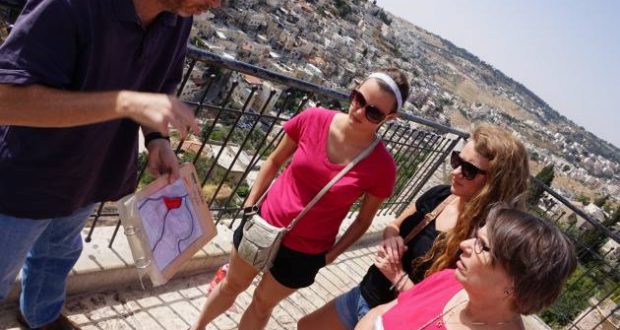 Metro Voice owners Dwight and Anita Widaman visited the City of David with their family in 2015. Here, they're given a tour of the dig by the head of operations.

The Trump Administration paid tribute to the relationship between the United States and Israel during its final days in power. Last week, the United State officially recognized the ancient City of David in Jerusalem as a place of great historical significance and an icon of America’s Judeo-Christian values. 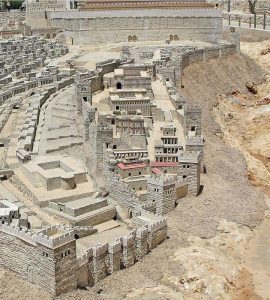 A model of the City of David shows what it may have looked like based on discovered building foundations, walls and streets.

David Friedman, the outgoing U.S. ambassador to Israel, and Paul Packer, chairman of the Commission for the Preservation of America’s Heritage Abroad, attended a special ceremony dedicating a plaque to honor the City of David.

“I suggest that those monuments are located right here, in the ancient city of Jerusalem. We have given this plaque to the City of David Foundation with the hope that it will prompt all who read it to think of the Judeo-Christian values upon which our country was founded and how those values were inspired by ancient Jerusalem and its inhabitants.”

JOIN US: Travel with Metro Voice to Israel! 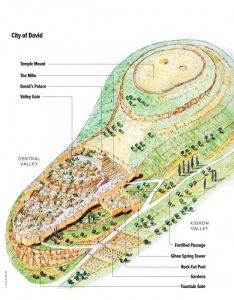 Friedman was standing on the steps of the Pilgrimage Road, an ancient stony pathway that Jesus and other Jews walked on to ascend to the temple in Jerusalem. The Pilgrimage Road is one of several groundbreaking archaeological finds unearthed over the years in the City of David. Other discoveries include Hezekiah’s Tunnel, the Pool of Siloam and the Gihon Spring.

READ: Our family trip to Israel

“With the unveiling of this plaque and the recognition of the City of David for its contribution to America’s heritage, we are fulfilling another, larger purpose: to unify Americans around our foundational principles and values,” Packer said. “The City of David serves as a living testament to those enduring values, and it is our duty to ensure it remains for generations to come.”

The City of David is more than 3,000 years old and dates back to the time of King David. Archaeologists say it is the site where King David first established Jerusalem as the unified capital of the tribes of Israel.