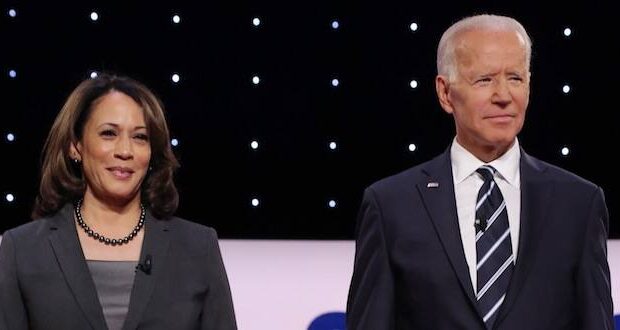 Joe Biden and Kamala Harris have done nothing since the election to alleviate concerns that they will be the most pro-abortion administration in U.S. history.

“They’ve stated this as being one of their big goals in a new administration: to force American taxpayers to pay for elective abortion, and that would be abortion all the way up through nine months,” Mallory Quigley of the pro-life group Susan B. Anthony List has stated.

That’s the plan even though polls show the idea is opposed by 60 percent of American voters, including 35 percent of Democrats. “This is deeply unpopular,” she said. “A majority of Americans don’t want their taxpayer dollars being used to fund abortion here at home or overseas.”

States have fought back against such abortion extremism in the past by handling matters legislatively.

“I anticipate we’d see something similar to that if there’s a Biden Harris White House,” Quigley said. “What we’ve seen in the last few decades is an effort by the states to pass laws that would stop abortion beyond five months, the point beyond which the baby can feel pain, and really challenging a core premise of Roe vs. Wade.”

READ: Biden states he’ll make abortion “law of the and”

But Kamala Harris has proposed a way to stop states from having a say.

“The Department of Justice would be instructed to ‘pre-clear’ bills that state legislatures wanted to pass that were pro-life,” she said. “His is a complete violation of separation of powers, the principles of federalism and the power that the states have to enact laws that are reflective of the values of the people in that state.”

Another sign of Biden’s extremism on abortion is his pick of California Attorney General Xavier Becerra to head up Health and Human Services, the agency most involved with regulating abortion.

“Becerra is aggressively pro-abortion,” Susan B. Anthony List President Marjorie Dannenfelser said in a statement. “In Congress, he even voted in favor of partial-birth abortion.”

Ashley McGuire of The Catholic Association called the nomination “a gross insult to Catholics.”

Becerra spent years tormenting the Little Sisters of the Poor in court, trying to force them to pay for things like abortion pills against their consciences,” she said. “He also led efforts to force pro-life pregnancy resource centers to advertise for abortion.”

The Trump campaign and other groups continue to sue over voter and ballot counting irregularities that they say changed the vote count in the early morning hours of Nov. 4.  Hundreds of witnesses have come forward and signed affidavits outlining what they saw and experienced.

The evidence, witnesses, and allegations are outlined on a new website clearinghouse for the public to review.